Looking for the best family restaurants in Macomb, Oakland, Washtenaw and Wayne Counties? Try these 26 picks – one for each letter of the alphabet! 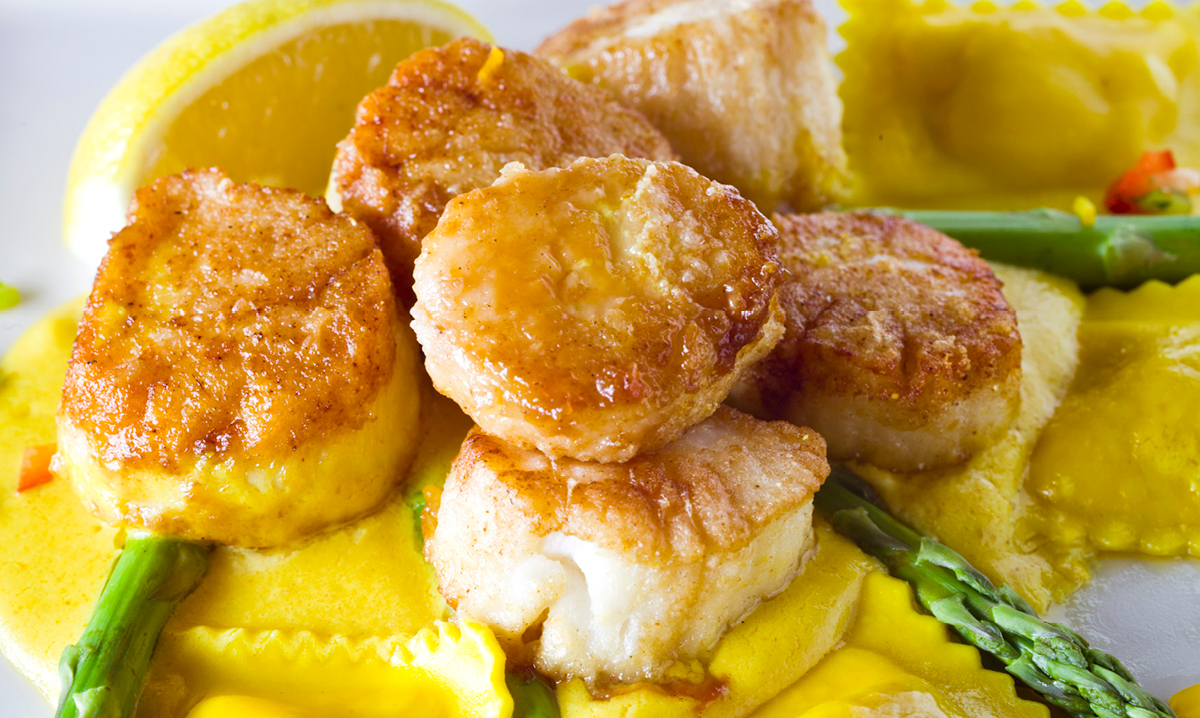 Give your stove a siesta. Instead, savor some of the best food for families – at the best family restaurants in Detroit and Ann Arbor – literally from A to Z! No reservations. No “two for $25″ chains. Just 26 casual spots (some cheap, some not-so-cheap), speckled all over Macomb, Oakland, Washtenaw and Wayne counties, where you can relish some mighty delicious dining. Sink your teeth into our yummy list of the best restaurants in metro Detroit for families.

Note: This guide is updated as of June 2018. Be sure to call ahead for the latest times and details – all information is subject to change!

This hometown pizza buffet is an eastside little secret. It’s got video games, fun decor and – the holy grail for parents who would like to talk to each other for a few blissful, uninterrupted minutes – a play area.

This barbecue joint is a standout thanks to some killer slow-cooked meats rivaling (some say surpassing) some of the area’s most-lauded slabs. Kids meals, like ribs and BBQ sandwiches, come with French fries and a drink, but you could also get the child-friendly BBQ mini sandwiches for the rug rats to share.

Want to give the kids a taste of India? This hot ‘n tasty spin on an Italian fave is your best bet. Its creative pies infuse Indian spices into eight savory sauces in three main categories: paneer (cheese), veggie or chicken – all super-fresh. Or create your own (extra garlic, ginger and chillies are free!).

Once upon a time, there was a chain of Daly Restaurants throughout western Wayne County – and even one little experiment in southern Macomb. But now, this Livonia location is the sole spot for Dalydogs and Dalyburgers slathered in famous Dalyburger Sauce. It’s cash-only, but you don’t need much. Find coupons on its website for some crazy cheap eats.

After more than 50 years of serving up sandwiches, Ernie Hassan has earned the right to get a bit surly from time-to-time. But no, sir. His sunny demeanor and sweet-nothings are legendary. So are the huge sandwiches, custom-made and piled high – $4 for one meat, $5 two, $7 for the club or $8 for The Monster. We love ya back, baby! Heads up: This spot is cash only.

Featuring a unique take on Cuban street food built around fritas, aka burgers of all types, topped with everything from fried eggs to avocado and always shoestring fries, as well as batidos: milkshakes made with fresh fruit, crushed ice and sweetened condensed milk. So simple, so perfect a combo, making it one of our picks for best restaurants in southeast Michigan.

Cheese steak lovers, rejoice. Since 1959, the bitty Ypsi location has served ’em up hot and fresh – and their hoagies still have the locals raving. Load it up with mushrooms, onions and chili pepper relish, if you please. The menu is little, but the service is lickety-split.

Detroit is all about the Coneys (which we left off this list – we’re not about to pick a fave in that hotly contested battle!), but this unassuming shop has been tempting taste buds for more than two decades with some of the best Chicago-style hot dogs in town. Give your kids a gastrological geography lesson by popping in to see how the Windy City does tube meat – topped with sport peppers, a pickle and tomatoes.

We like Ike’s. At first, you think it’s your typical Greek-Middle Eastern-Coney-American family restaurant. And there’s nothing wrong with that. But Ike’s also serves Italian, and it does it all pretty well – and for a great deal. Gluten free and vegetarian/vegan options available, too. No matter what you order, get the garlic spread.

It boasts being a “family restaurant with heart and soul.” It’s also better than ever after being totally rebuilt in 2014, bouncing back after a fire. Kids still rule here: They’re able to build their own pizzas (plus a drink and cake pop) for just $8 (request a dough ball for the kids to play with, if you’d like!). Kids can also order $4 DIY sundaes.

“Gas” and “station” – are there two words more incongruous to great grub? It conjures images of pork rinds and cellophane-wrapped egg salad sandwiches. But a Berkley gas station puts a pin in that prejudice. It’s the Sunoco at 12 Mile Road and Coolidge Highway, where Mr. Kabob serves one of the best chicken shawarma sandwiches (and other fine Mediterranean food) in the area. Have no fear in filling up your tank – and your tykes’ tummies. Try its two outposts, too.

The mouthwatering Middle Eastern recipes – and even the iconic logo – endure at the popular eatery’s original locale. Run by a new crew since 2011, it’s brought back plenty of faves, from the marinated and charbroiled deboned chicken to that hot-baked pita bread and garlic dip.

We’ve got to admit: It was a toss up between this Corktown burger spot and another of our Corktown faves, Mudgie’s Deli. But two words tipped it to Mercury – tater tots! Not only do they serve this king of kid cuisine, their menu is a pretty much a grown up kids menu with hot dogs galore, milk shakes and juicy burgers, of course. Bonus for moms and dads: You can get your milk shake spiked!

It makes perfect sense, when you think about. After all, shouldn’t a fish market, whose business it is to sell fresh fish, serve some of the best sushi in the state?

Score some of the sweetest stacks at one of the best restaurants in southeast Michigan. Not too thin, not too thick and full of buttery flavor – they’re just about perfect when paired with real maple syrup. The omelets are awesome, too. And kids will get a kick out of the Dutch Baby (part popover/part pancake).

For real-deal golabki (stuffed cabbage) and pierogi – those irresistible dumplings stuffed with sauerkraut, potatoes, cheese and other delights – this way-vintage, tucked-in-a-basement nook is a regional lure. Once a cellar beer garden, this snug spot serves what some proclaim the best dill pickle soup, period. First-timers, try the “A Taste of Poland” platter. Cash only!

This spot is doubly qualified to be a Q contender. It didn’t have stiff competition (sorry, Quizno’s), but still deserves its place. It’s a nifty niche where you can get Asian delights – from sweet to savory. Just nab a tray and take your pick from among the steamed buns, sesame balls and sponge cakes. It’s a great chance to amp up your kids’ adventurous eating.

Full disclosure: Metro Parent senior editor Stacey Winconek’s family owns this restaurant, so we’re a bit biased. But we’ll have it known that it was also called-out by one of our Facebook fans in an impromptu poll. And for good reason: Big Rex and his boys (Stacey’s brothers Johnny and Peter) make it their mission to serve a hearty mix of hot-off-the-grill food. You can’t go wrong with anything here, but the skillets sealed the deal.

We haven’t forgotten vegetarian/vegan families! We saved a pretty competitive letter for this mecca of meatless eating. The Ann Arbor spot has been beloved for years, with Detroiters also now regularly genuflecting at its genius – including tangy General Tso’s cauliflower, yam fries, all sorts of innovative sandwiches, a super Sunday brunch and quite the kids’ menu.

Soup’s on – and it’s made from-scratch at this eatery that’s named not for the tube, but rather, its owners: Tracey Wipp and Victor Stroia. Chef Victor dishes up innovative, award-winning soups, including a top-prize-earning Reuben version. TV’s tricked-out gourmet apples are gotta-try treats, too. Did we mention kids eat free after 3 p.m. Tuesdays and Sundays (with purchase of adult entrée)?

No meal served on a metal tray ever tasted so fine. From the marvelous mac and cheese to the smoked chicken wings and ending with the sublime salted butterscotch pudding – the cuisine will rock your rug rat’s world. But it’s still got a casual, family-friendly vibe – similar to its sister restaurants, the nearby Clarkston Union and the Vinsetta Garage in Berkley, run by husband-and-wife duo Curt Catallo and Ann Stevenson.

Let’s be clear: This is no restaurant. There are no chairs, no tables, no place to eat. But what you will find is what many claim is the best Italian sub in Macomb County. Fresh meat and cheese piled on crusty rolls and topped with tangy Italian dressing. One bite and you’ll swear off Subway six-inchers forever – or at least when you visit Sterling Heights.

This hip haven serves up some of the finest “LA working-class,” street-style tacos in town. With an open, airy vibe (the long picnic table-style seating is choice for families), Imperial lures foodies and families. Sample oodles of new flavors: These morsels are a mere $2.50 a pop. And parents: Don’t skip their creative cocktail list.

But good ol’ go-to Xochi’s, as it’s affectionately called, fits the bill for tried-and-true Mexican grub – we say it’s a great gateway to the food and culture for your kiddos. Definitely solid spot for salsa and chips for the family.

The YaYa’s southeast Michigan locale (the small chain is based in Flint) made our list for two reasons. One is the chicken Caesar salad, topped with tender, flavorful chicken and to-die-for dressing. The other is the warm bread served with honey butter you know the kids will love.

Zingerman’s Deli is certifiably great, but the sit-down roadhouse kicks the family fun feeding up a notch with mac ‘n cheese and nuggets sourced from free-range poultry – even corn dogs and mini burgers for your mini me. Definitely one of the best restaurants in southeast Michigan for family dining, in our book.