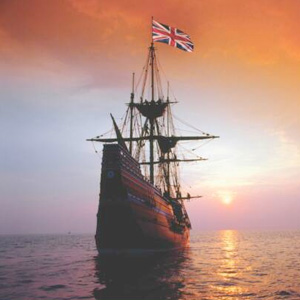 It's a show that had audiences rolling in the aisles back in 1878. And not only is H.M.S. Pinafore still a comic classic: It's also a great, two-act way to introduce your kids to opera theater!

Plus this version features kids, too. More than 40 young actors – ages 10 to 16 – take the stage at the Detroit Opera House for this production on Saturday, March 24, 2012. The talented youngsters of the Michigan Opera Theatre Children's Chorus celebrate their fifth all-child show with this version.

H.M.S. Pinafore is a musical comedy that parodies the division of the classes in Victorian England. When a captain's daughter falls in love with a sailor – as she's supposed to wed Britain's First Lord of the Admiralty – trouble brews. How will the story unfold? There's only one way to find out! The plot thickens, and there's a twist to the ending to keep little theatergoers guessing.

The play was the fourth collaboration of librettist W.S. Gilbert and composer Arthur Sullivan – and their first hit. There's lots of silliness that'll keep children laughing. And parents will love the fun lampooning of patriotism, politics and military (the word "pinafore," which is an apron-like garment women used to wear, is applied to a big navy warship).

The beauty of the children's voices, mixed with beautiful costumes and of course, an amazing venue, make this show a must-see.

See the Metro Parent listing for more on the Michigan Opera Theatre Children's Chorus performance of H.M.S. Pinafore at the Detroit Opera House.