ImaginOcean at the Village Theater at Cherry Hill 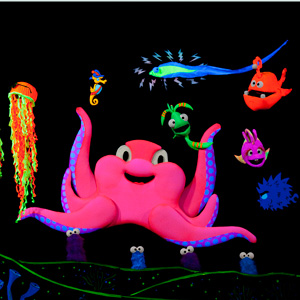 Tank, Bubbles and Dorsel are three BFFs who set out on an undersea adventure with nothing but a treasure map and each other. What will they discover on their journey? Find out when John Tartaglia's ImaginOcean hits the stage at the Village Theater at Cherry Hill in Canton on Friday, Jan. 20, 2012.

One of the youngest puppeteers ever to perform on Sesame Street (he started on the show at 16!), Tony-award nominated John Tartaglia has made quite on splash on TV and Broadway alike. He's appeared in the hit musical Avenue Q – and is also known for creating and starring in of Johnny and the Sprites on the Disney Channel.

Now, he's bringing his talents to metro Detroit for two shows – at 10 a.m. and 7 p.m. – and this black-light bonanza promises to be a hoot for families. It features glow-in-the-dark puppets and a variety of music, from swing to R&B, composed by William Wade.

See the Metro Parent listing for more on John Tartaglia's ImaginOcean at the Village Theater at Cherry Hill in Canton.