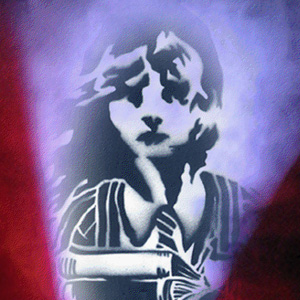 The classic story Les Miserables, written by Victor Hugo in the 19th century, is about an uprising in pre-revolutionary France. The musical version of the story will feature music by Alain Boublil and Claude-Michel Schönberg, a Project DayDream press release notes.

The Project DayDream version of the show will have a cast made up of students ages 8-18 years old.

Big fan of "Les Mis"? You can see the Project DayDream musical just before the premiere of the new Les Miserables film – set to hit theaters two weeks later on Dec. 25, according to IMBd.

You can catch Les Misérables: School Edition at the following times:

There will also be an additional concert performance of Les Miserables: School Edition at 4 p.m. on Sunday, Dec. 16 at The Townsend Hotel Ballroom in Birmingham.

Project DayDream, based in Birmingham, was founded in 2002 by artistic director Tiffany Victoria Sims. "Project DayDream's mission is to educate, entertain, and enrich the lives of children, young adults and their families through the arts," the website notes.

For more information on Project DayDream's winter musical Les Miserables: School Edition at Seaholm High School in Birmingham, or the concert performance at The Townsend Hotel, check out the Metro Parent calendar listings.