Ann Arbor native Rudy Washington has taken a stand against bullying. Find out what he's done and how you can help. 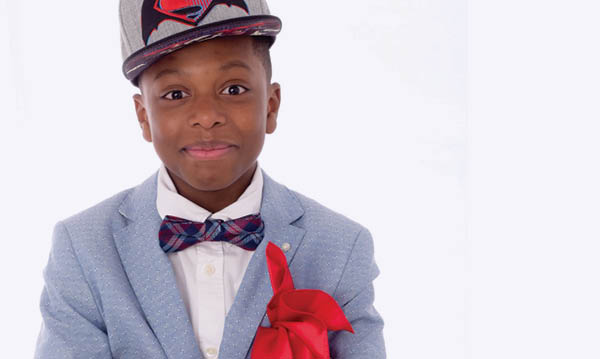 Rudy Washington, 12, has a way of standing out. Take the time in 2011 his family visited Disney’s Magic Kingdom.

“He started dancing when the floats went by,” says Starr, his mom. “Visitors are not allowed to get on the floats, but Rudy got on the parade.” Later, Disney employees invited the 6-year-old up again for the evening parade.

“He does not have a shy bone in his body. That’s when I thought, ‘OK, this kid is different,'” Starr adds.

Different is good – but it can also draw criticism. Rudy knows that side, too – and it’s why he created his nonprofit, Rudy’s Sock Drive and the No Bully Zone.

“I was bullied out of school in 2016,” he explains. “I want to share my experiences with people from around the world and say bullying is not an OK thing.”

Rudy, an Ann Arbor native whose family recently moved to Georgia, does anti-bullying presentations in schools. And in exchange, he asks the students to collect socks he then donates to homeless shelters.

Now, on Oct. 28, Rudy is hosting his first No Bully Zone Rally here in Trenton.