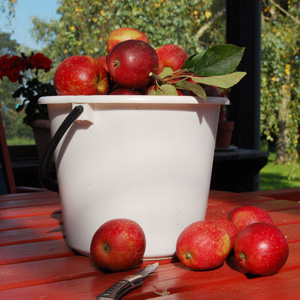 Historic Eastern Market, the famed six-block public bazaar in Detroit, hosts the Michigan Apple Festival Saturdays until Oct. 29 (with the exception of Oct. 22) and promises fun for the entire family!

See the Metro Parent listing for more on the 2011 Harvest Festival at Eastern Market in Detroit.