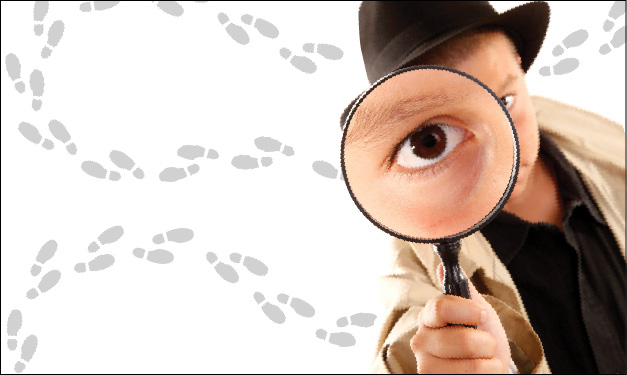 For your next get-together with friends – or if you're hunting for an unforgettable teen birthday shebang – knock 'em dead by hosting a murder mystery party. They're perfect for large numbers of people as participants use their super-sleuthing skills to discover whodunit!

The first rule of hosting a murder mystery party, says Brian Haggard of Flint-based ComedyMurderMysteries.com, is to let guests know what they're getting into. Avoid last-minute confusion by being up-front with participants. "You have to let your guests know a murder mystery is going to take place!" he says.

Other key rules are to practice with friends ahead of time to ensure a smooth delivery – and to select a game that's fun and easy to play, Mike "Mr. Mike" Venturini of the Munro House Bed and Breakfast in Jonesville, Mich. says.

Both Haggard and Venturini recommend ordering game sets online instead of buying a board game at a store. The board games, they say, may be more difficult to play and offer less flexibility for participants.

Many of the games available for online purchase are approximately $30-$60. Some websites to consider are Host-Party.com, DinnerandaMurder.com and NightofMystery.com.

For 18 or fewer players, Host-Party.com recommends clue-based games. Participants are given clues and must talk among themselves to figure out who committed the dastardly crime. Completion takes approximately two hours.

For bigger crowds (15-plus), scripted murder mysteries are the way to go, Host-Party.com says. Six to eight players are "primary suspects" who have read the script and know the outcome in advance, while everyone else plays detectives who deduce the identity of the culprit. Completion takes approximately 2 to 2 1/2 hours.

If possible, Venturini says, try to have everyone sit at the same table while playing the game so no one misses hearing important clues.

To take your party to the next level, consider asking your guests to dress in costume for a themed murder mystery. For 1920s flair, break out the feather boas for flappers and fedoras for gangsters. Want a western look? Ask guests to wear plaid shirts and tie handkerchiefs around their necks. Guests' costume creativity can make the murder mystery more realistic!

Comfort, though, is key. Hosts who plan on dressing in costume should consider the possibility of spills or stains if they'll also be cooking or serving food, Venturini says.

Encourage guests to get into their part by adding an accent while reading lines or using gestures to act out scenes.

"You have to put yourself into the character's head," Joan Rowe, location director of the Trenchcoat Theatre of South Rockwood, says.

Venturini recommends keeping guests' personalities in mind when assigning parts. Giving an extremely shy person the part with the most speaking lines could make the party take a turn for the worse.

Consider tailoring the menu to the mystery's theme. Try a Hawaiian-style dinner for a luau mystery theme, Haggard says, or a barbecue theme for a Western mystery.

Theme music can also contribute to the party's mood – as long as it doesn't distract participants from piecing together the clues, Haggard says.

One possibility is to hire actors who bring the mystery to life by mingling – in-character – with guests and leaving clues to help crack the case.

One possible scenario is that a detective walks in and announces that a murder has taken place. The culprit, he says, is someone in the room. The detective proceeds to question actors and audience members to gain information related to the case, while participants use their sleuthing skills to put the pieces together and solve the crime.

Exact prices vary by company and depend on a number of factors, including the number of guests and the distance the actors must travel to reach the party.