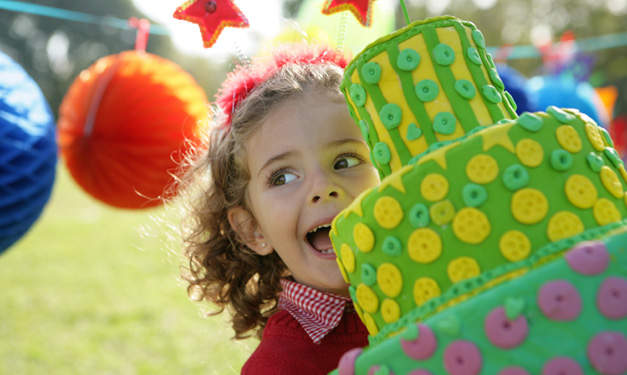 When it comes to kids’ birthday parties, many a mom or dad would like to be able to pick the brains of Martha Stewart (food, etiquette and decorations), Suze Orman (that party budget) and former American Idol judge Randy Jackson (the music and entertainment). But we didn’t need to tap such star power!

Metro Detroit parents have plenty of pros to give a helping hand right here at home. We picked several who make it their business to plan parties and got their tips to hosting a successful birthday bash. Check out their insights here!

Karen Lowery of the Tea Party Castle in Shelby Township always emphasizes that the birthday girl is the princess of all princesses: She’ll even choose a splendid gown ahead of the rest of the party girls. Other party planners agree: You want one part of the party to ensure your child does have the attention. It’s his or hers day and your child deserves to reign!

While Paul Metler, formerly a top caterer at Zingerman’s in Ann Arbor, handled some pretty elaborate kid parties, he’s the first to say that keeping things simple makes sense. But that doesn’t mean don’t be creative! Try something as simple as a peanut butter station (if allergies aren’t an issue): Kids make up their own treats with different toppings, adding in celery, raisins and breads for the peanut concoctions. Give kids credit for being open to new flavors, too.

Metler says it’s best not to overwhelm kids. If you choose to hire a magician, don’t add another entertainer. If you do one big food station, don’t mix in another.

Almost everyone has financial limits. Don’t be afraid to deal with the budget honestly with your child – and the party planner.

The Bee’s Knees Pottery in Northville offers pottery the kids can paint at various price points. Roni McCrumb, formerly with The Bee’s Knees Pottery, also suggests a parent bring in the birthday girl and boy and talk about the cost. “It’s not too early to learn about budgeting… and how you can help mom’s budget,” says McCrumb. Kids can decide, when a bit older, if they want fewer guests and more expensive items, or more guests and less expensive items.

By the way, adds Lowery from Tea Castle, don’t worry about favors. “The experience is far important than what they take home!”

Once a child is 7 or 8, it’s a good idea to let him or her be part of the party planning – especially if you’re picking a special place to visit. But it also applies to the activities you plan for a home party.

“A lot of parents bring their child in to see what we have,” says Michelle Krug of The Painted Pot in Rochester. There, kids can pick out the pieces and even check out the colors. If you’re doing an activity, like roller-skating, some parents bring in the birthday kid a couple times ahead of the party for practice – and, of course, to make sure they like the sport.

Two hours is the magic limit! Almost all our pros plan a craft or activity for about an hour, and another hour or so for eating and present-opening – with maybe a smaller activity. For instance, Sarah Sartor, who worked as a party co-coordinator for the City of Warren’s pool and recreation, finds everything goes smoothly with an hour in the swimming pool and an hour in a party room.

But she also strongly suggests giving yourself an edge by adding a 15-minute cushion in your invitation. Let’s say you’re headed to Warren for a 3 p.m. party. Put 2:45 p.m. on the invite, so parents who are the last to arrive with their child still make the 3 p.m. timing.

6. Give kids a choice, but not too much!

Pizza folks – like Shield’s Pizzeria – have found it’s helpful to have the parents and party host select the menu in advance. That way, it’s not overwhelming – or a long wait, for example, as each guest decides on toppings, says Paul Andoni, Shield’s co-owner. Perhaps select two types of pizza and ice cream sundaes ahead of time.

You’d be surprised how much you have to keep activities going for a party, whether at home or at an away-venue. Colleen Sikora, who formerly ran parties with the Noah’s Ark stuffable animal franchise and worked closely with her party guests at their homes, made sure kids didn’t actually rush through the craft of stuffing their animal and decorating it, as well as picking a costume.

If you do have some children finishing first, have some extra small craft – or something like coloring sheets or placemats with puzzles – that can occupy them at a table.

Even if you think all the kids know each other, it’s good to warm everyone up at the get-go. Kerry Hockett, formerly a shift manager at the Putting Edge in Novi, would do some warm-up games in the lobby until everyone arrives. Sikora, who formerly worked with Noah’s Ark, says when she would first come to a home, “I always have the birthday child in mind and have all the kids introduce themselves – as well as saying something nice about the birthday child.”

Having enough space – and a place to party – is helpful. You might host it at home, but consider using a garage or even a room at your local park or community center to give kids room to spread out. Metler even offers heated tents when the chillier weather sets in. Of course, if you choose to have a party off site, you’re off the hook for cleanup, too.

And once you have a place, consider having a theme – even a broad one. For instance, the Michigan Science Center naturally has science themes; Budde’s own son opted for a party that included “concoction-making.”

It can be tough chaperoning the kids at a party activity, even at home. So don’t be afraid to get help, whether from another mom or dad, or even hiring a teen to help. At The Putting Edge in Novi, a party host is assigned to each group to guide them through the course, including playing games along the way.

You can also consider, for youngest kids, having parents along for a party that lets kids play, but adults visit. At BonaVenture Family Skating Center, the youngest skaters often skate with a parent on the rink. The Michigan Science Center has found the 1-to-5 ratio (one parent to every five kids) works well for younger kids, even though you are assigned a special space and place in the center.