Mystifying Questions for a Mentalist and a Magician

A mentalist and a magician from WHAT!? Two Magicians Telling the Truth answer some hard-hitting questions about their lives and crafts. 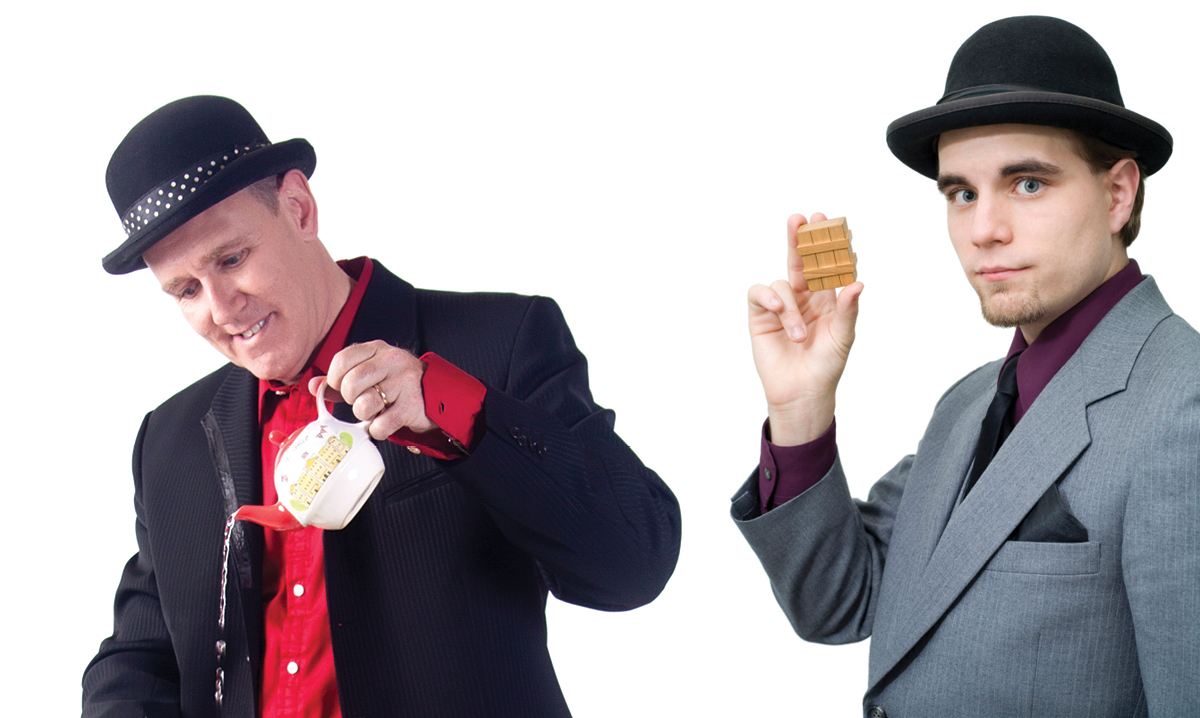 You can’t always believe what you see. That’s part of the fun – and the draw – of Keith Fields’ and George Tait’s show, WHAT!? Two Magicians Telling the Truth.

The magic pair have already performed to sold-out crowds at Canton’s Village Theater at Cherry Hill, and they’ve started taking the act on the road. We threw a few mind-boggling questions of our own at this local dad and uncle duo.

Both of Tait’s parents were performers – his mother a musician and his dad an entertainer, which included a regular stint as Santa Claus.

Raised in Redford, Tait has traveled the world performing in productions like Masters of Illusion.

Meanwhile, Fields has been living in Troy for the past 10 years after making the move from the U.K.

The father of three grown children and a granddad, Fields frequently crosses the pond to perform in England for crowds big and small, including his grandkids, ages 8, 5 and 1.

What’s a magician’s secret to connecting with kids?

“I was a children’s entertainer for many years, and that gave me an understanding of the importance of play,” Fields says. He’s quick to add that children learn through play.

How does a mentalist get kids to stop whining?

It’s no secret, Tait says. It’s all about listening.

Tait, who’s the favorite uncle (well, and the only uncle) to his sister’s three kids ages 13, 10 and 5, says, “If there were special words that someone could say to make kids stop whining instantly, we’d be much richer. It’s all about communication. Communication is the secret to everything.”

“I just want to be with my grandkids,” Fields says. “I think that’s what every dad wants, to be with his kids.”

Flashing ahead – what will you be getting your dad for the holiday?

“Probably a Santa Claus figurine,” Tait laughs. “We always used to joke that we knew Santa was real because he lived in our basement.”

Any thoughts on the new royal baby, Archie Harrison Mountbatten-Windsor?

“I ‘spose a lot of people in England are celebrating,” Fields says, a bit wistfully. “A new baby is always something to celebrate. It’s the ultimate magic.”

WHAT!? Tait & Fields: Two Magicians Telling the Truth is best for ages 14-plus. Unveil more about the show at twomagicianstellingthetruth.com.