Here are seven ways to commemorate Memorial Day and help your kids recognize the sacrifices of those who served our country. 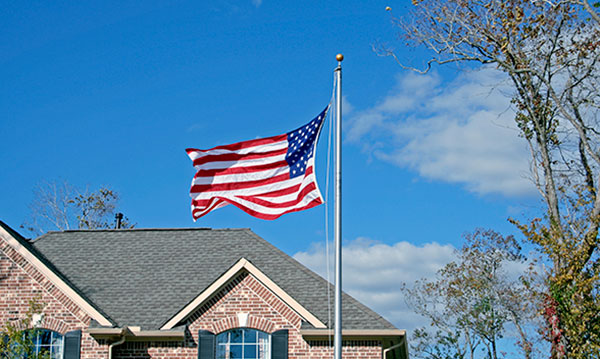 After talking about military service at school around Memorial Day, my 12-year-old daughter came home and spent the better part of the afternoon in her room – writing.

She composed a long letter to her great-grandfather, my husband’s grandfather, who’d served in Vietnam and received numerous military awards. She thanked him for his service on behalf of our country.

That was a few years ago. Since then, they’ve become pen-pals – my daughter asking him questions about his service and her great-grandfather patiently writing an answer to each one.

The experience has given her a deeper appreciation of what it means to be an American.

This Memorial Day, take time to help your kids recognize the sacrifice of those who’ve served our country to maintain our freedoms – and those of others.

Here are a few ways to commemorate Memorial Day with your kids.

Read a book – or two – about Memorial Day together

Visit your local library and check out books about Memorial Day. You might look for Memorial Day Surprise by Theresa Golding or Memorial Day by Robin Nelson. These books will spark conversations about what it means to serve.

Do you have someone in your family who served in the military? You may need to do a little digging, but you might be surprised by what you find. Through talking to relatives, my daughter and I found my husband had several relatives who served in various conflicts, including World Wars I and II.

If you don’t have any relatives in your family who served, look up famous military heroes such as Dwight D. Eisenhower, who served as a commander in WWII and went on to become president of the United States.

There are four national cemeteries in Michigan, including the Great Lake National Cemetery in Holly. These cemeteries are set aside for the graves of military personnel, including veterans and also their spouses. As a family, you could go pick out flowers and lay them on some of the gravesites.

Note: Check ahead to see if your local cemetery is open before heading out.

Many communities have Memorial Day parades to honor veterans where you can cheer on vets with your children as they pass by. In 2020, most Memorial Day parades are canceled, but check on YouTube and see if you can find a parade from last year that you can enjoy from your television or computer.

Before and after watching, you can share your thoughts and feelings about what it means to live in a free country.

Write a letter to a vet

Encourage your child to write a letter to a member of the armed forces. Visit Operation Gratitude for letter prompts and an address where you can send your child’s special message.

If your child isn’t old enough to write (or even if she is), have her draw pictures, like images of the flag or an eagle – or even smiley faces – to decorate her letter.

Put American flags in your yard

Purchase inexpensive, small flags to put line your driveway or elsewhere in your yard to show your support for the troops on Memorial Day. Just make sure to collect the flags after the holiday and put them away for next year. You can also create a few Memorial Day crafts to commemorate the date.

Learn about the National Anthem

Share with your child the story behind the inspiration for the National Anthem. The poet Francis Scott Key penned “The Star-Spangled Banner” after a battle during the War of 1812, in which American troops held up in a fort remained brave in the face of a constant bombardment by British troops.

The scene led to the words now sung across the nation, “And the rockets’ red glare, the bombs bursting in air, Gave proof through the night that our flag was still there.”