What’s In & Out with Kids Birthdays

Home parties or at a venue? Over-the-top or understated? Presents or no? Here's some fun with what's trending in kids' parties, explained by local parents. 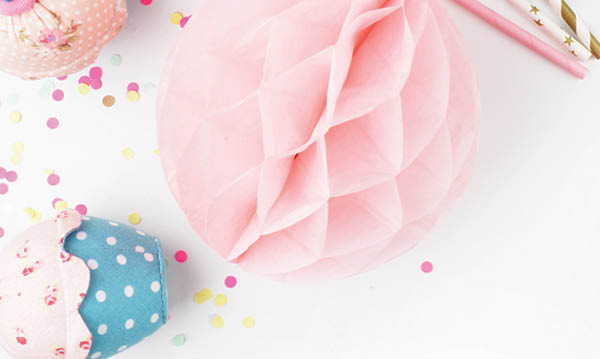 Remember the days when the height of sophistication for a 5-year-old’s birthday party was yellow plastic benches, Happy Meals and cardboard Ronald McDonald hats? When the only entertainment you needed was the free outdoor play structure in the shadow of the golden arches?

We were the kids in stonewashed jeans, sailor dresses and bowl cuts filling the seats. But now we’re the parents planning our own kids’ parties, and it’s safe to say birthday celebrations today have taken on a different landscape.

We’re in a generation of choices and a million ways to make our kids’ parties just a little more memorable with unique entertainment, endless themes and plenty of attention to detail – lots and lots of detail.

It might seem like a war of Pinterest pages; a new form of keeping up with the Joneses. And for some parents, it might be. But for most of us it’s simple: Birthdays are special, and we’ll never tire of finding ways to make our kids happy. We enjoyed talking to some local parents about what’s trending in the ever-changing, ever-widening world of childhood parties.

One of the hottest trends in kids’ parties is one you won’t be able to miss. In fact, your party host probably wants it to be the first thing you see: the decked-out dessert table that just screams the theme.

Whether it’s a Mickey Mouse party or themed around two colors (pink and gold are huge for girls), this is where you’ll find a centerpiece dessert, treats and jars of color-coordinated candies. It’s also a display table for photos of the birthday child and over-the-top decor like handmade banners, balloon bouquets, a table skirt, tissue paper puff balls and more.

“I have this one area in my house that I use every single year,” says Suzie Heath of Macomb Township, who hosts an epic combined birthday bash for her daughters ages 6, 4 and 1. “Having the dessert table just makes one area of your house super-themed … just saturated with the theme of the party. That’s where I focus a lot of my attention on.”

And dessert? It isn’t always a cake. While multi-tiered, custom-designed masterpieces rivaling your wedding cake are still trending, French macaron towers with layers of the delicate, colorful confection are also on the rise.

For the Heaths, with three birthdays within six weeks, a combined party is an easy choice. They throw one big summer bash and they’re done.

“Everybody is so busy. I would much rather have one Saturday in July as opposed to three scattered,” Heath says. “Nobody’s got time.”

Other families throw two parties for each child – one for family and another for classmates. Heath knows parents who use this tactic, keeping their celebration for relatives closer-knit.

A separate “friend party” is also gaining appeal in families who want to invite their child’s entire class but just can’t fit or fathom that many kids in their home.

“We have a small house, so I always have to throw a birthday party outside of the home,” says Kristen Peterson, a mom of two from Royal Oak. So they recently had a pink-themed party at A Step Outside of the Box in Clawson for Olivia’s 6th birthday – and then celebrated multiple family birthdays at grandma’s house the next day.

3. All about the details

Today’s parties are huge on little details. That banner on the dessert table? It was probably custom-ordered on Etsy, along with the birthday baby’s name-bearing outfit. The cat-themed kids’ party you just went to? Yes, the strawberries really were shaped like tiny mice and you were, in fact, eating off a plate with glued-on kitty ears.

Kids and parents will especially appreciate the favors. Maas says she spends $3-$7 per child and tries to keep them on theme without being junky or only good for one use. Big hits have included wings and wands at a fairy party and message decoders and notepads for a secret agent theme.

“Several parents we talked to told us it’s safe to ditch the little, cheap (favors).”

Focusing on details also means thinking ahead for all your guests. Katie Goncalves of Farmington Hills is currently planning daughter Michelle’s 1st birthday party and is including a baby station.

“Two of my girlfriends were really thoughtful about having babies at the parties and had a little station with baby food pouches and in their goody bags, instead of candy, they put in things like Puffs, teethers, a board book,” she says.

The party’s over, the mess is cleaned up and the birthday kid is fast asleep. Now what? It’s time to find a place for all that new stuff. As you tackle the mountain of toys, you probably wonder if your kid would even notice if some of it disappeared.

Good news: Parents aren’t the only ones thinking how excessive it all seems. Casey says her kids Noah, 10, and Kate, 8, have both opted to forgo gifts at their parties and instead ask friends for charity donations. “Last year Kate realized how many gifts she had been receiving from both friends and family for her birthday,” says Erin Casey of Ferndale. “She said she really didn’t play with all of the toys she got and asked if after her birthday she could maybe donate some of her gifts to children who didn’t have as many as her.”

So they asked guests to bring a donation for a charity of Kate’s choice – a women’s shelter for victims of domestic violence and their children. When Noah’s birthday came around, he had friends donate to the Miracle League of Michigan.

There’s a bonus these days when your kid gets invited to lots of parties. Today’s parties often incorporate a mix of entertainment and education, like hula dance with local Polynesian Dancers of Michigan, a painting class by the mobile Perfect Palette Parties in White Lake or fencing with full gear by Renaissance Fencing Club in Troy.

Bounce houses and Chuck E. Cheese’s will always be there, but your child’s next party could give her a unique experience or new hobby.

In Ferndale, Casey says her son Noah is having a KnockerBall – soccer played in inflatable bubbles – party soon for his 11th birthday. He wanted a change from playing baseball with friends like he usually does.

“Last year he had some girls at the party and they weren’t really into playing, so he wanted to do something that the kids who don’t play baseball would like as well,” Casey says. “He thought it looked like a great time. It’s also new so he wanted to try something different.”

“We come up with a plan for stuff for the kids to do,” she says of her annual at-home bashes. “We gave out headbands with their names on it and we had training from a ninja master.”

For Dawn Whilby of Royal Oak, a pottery party was the perfect way to celebrate daughter Liana’s 7th birthday.

“My daughter loves being creative and wanted to share her interest in painting with her friends, so we chose a birthday package at Creative Arts Studio,” she says. Each child got to paint a pottery item of their choice in the Royal Oak spot’s party room.

You don’t have to go overboard to make a party memorable. Keeping it simple never goes out of style.

“I make cookies in the shape of the age they are turning and then I make a themed cake of their choice or something they are interested in,” says Angie Schultz, a mom of three from Ann Arbor who says she doesn’t do much for parties. One party is enough, too. “We just do family and then invite friends to that.”

Goncalves is new to the party-planning scene since her daughter Michelle is just turning 1. A pumpkin-themed party at a park in October is in the works.

“She’s my only baby, so I feel like the learning curve is pretty steep,” she says. “I’m trying to keep it simple, but there are so many cute things out there to make the party unique. But I keep trying to remind myself that it’s her first birthday, she won’t remember it and to just make it fun for her and everyone else!”