Hands-On Education Activities for Kids in Your Own Home 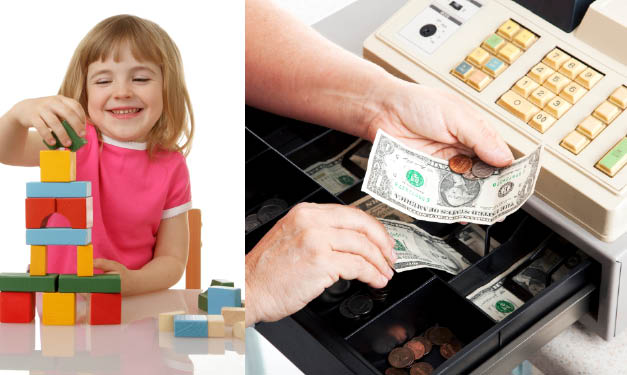 It's easy to get your child engaged in math, reading, history and even robotics with no-frills, hands-on interaction. How, exactly? For answers, we talked to two veteran teachers with Detroit Public Schools. Derrick Holland teaches English literature and arts to fifth and sixth graders at Cooke Elementary School (he's also taught social studies in his career). And, for a nice balance, math teacher and robotics coach Craig McKee, with Marcus Garvey Academy, a pre-K-8 school, gave his two cents. Here's their advice.

Learning tools are all around the house. "Take a measuring tape and have kids measure the area of the room," McKee says. "This is a great exercise for kids to learn the basic principle of length times width." Clue them in that knowing area measurements will come in handy when it's time for them to rent or buy a place of their own. "Volume can also be taught with building blocks and an empty box." Measure the items first. How many do kids think will fit inside? Test it out.

"While you're driving, ask your child how they think different parts of the car work," suggests McKee. If running errands, "ask them to think about how a cash register works, how they think it runs, calculates dollar amounts – and about the mechanisms inside that make it open." Get those gears turning and, when you get home, Google what piqued their interest so you both learn.

When your kids reads a book for school or pleasure, engage them in thinking about what it really means to them, says Holland. Get visual by drawing two big bubbles on a poster board that overlap in the center. In the middle, they can jot a few ways they relate to the main character. The "outer" parts – one represents your kid; the other, the character – show differences. This "Venn diagram" project is a fun way to bring the story to life. "Ask them to dig deeper," Holland says. Relate the character, plot or story to your own life."

Trips to the store are packed with math. "Keep it simple and have them estimate how much the total of all the items in your cart will be," says McKee; "then see how close they get to the actual total on checkout." It puts that whole idea of "estimating" into everyday light. Scanning nutrition labels is a good way to learn percentages. Buying clothes? "Explain sales tax by having them add up the prices of items in your cart before you check out," McKee says. Compare it to the final total.

Have kids help when baking – even if it's as simple as asking for a half a cup of water. Seeing that "half" is written one-slash-two on a measuring cup brings it to life, McKee says. He's a fan of "pizza fractions," too. Next time you get one delivered, have kids pull out "a fourth." Or challenge them to count slices and tell you what fraction they're taking.

Holland recommends a scavenger hunt to historical places. Visit The Michigan Historical Marker Web Site; a quick service for "Detroit" turns up lots of places, from Belle Isle and Music Hall Center for the Performing Arts to Pewabic Pottery, the Motown Museum and more. Get an address and take a field trip to the site.

"Take pictures of the historical marker; then gather facts and info," he says. "Use the drive with the kids as an opportunity to talk with them about the history of the site." Want a heftier dose of robotics, math and science? Check out Detroit's Michigan Science Center or make a trek to the Ann Arbor Hands-On Museum.

The Motor City also offers a chance to see an assembly line in action; try the Ford Rouge Factory Tour in Detroit, where F-150s are made (it departs from The Henry Ford in Dearborn).

Kid really geeked about science? McKee suggests getting them involved in Future City, a student competition where kids make a model city using recyclables, looking at city planning, enviro safety and budgeting. A regional competition typically happens in January at a location like the Suburban Collection Showplace in Novi (organizers told Education Detroit it's free to swing by and see the final judging of the top five teams). Or raid your own recycle bin and see what your kids create!