A Christmas Story, The Musical at the Fox Theatre in Detroit

A Christmas Story, The Musical brings the hilarious 1983 holiday cult classic to life at the Fox Theatre in Detroit, Dec. 20-22, 2018. 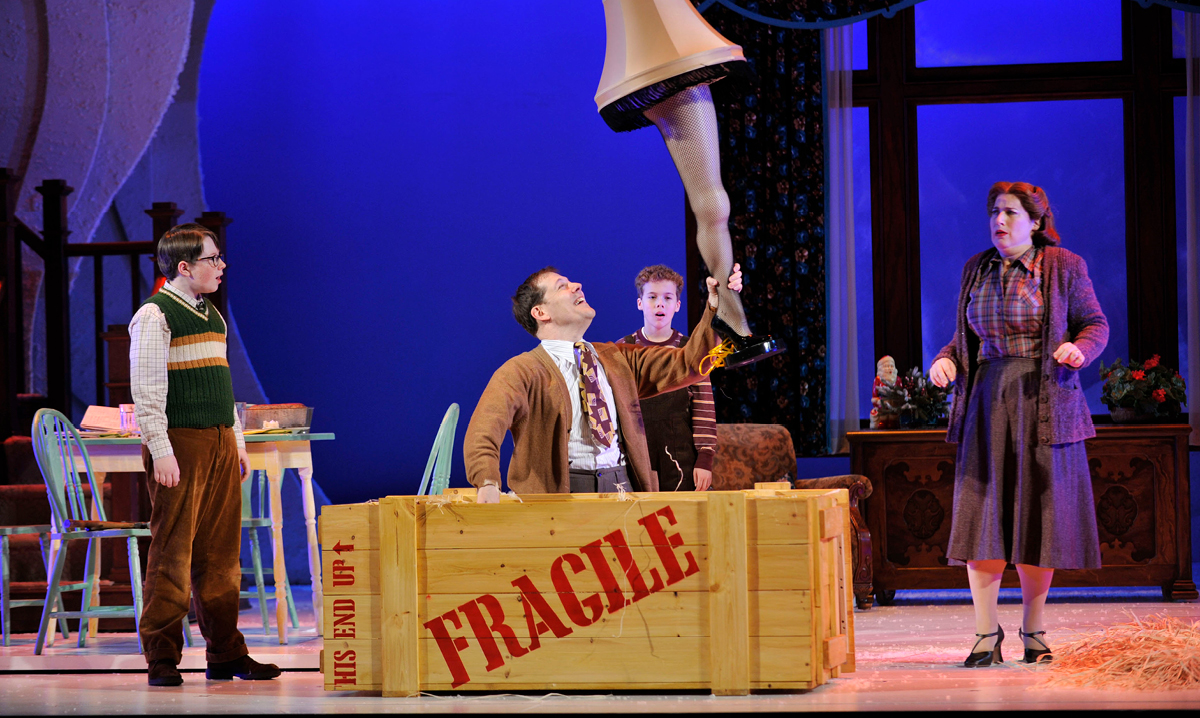 There’s only one thing little Ralphie Parker wants for Christmas – and his quest for that Red Ryder Action Air Rifle BB gun is the basis for A Christmas Story, The Musical, heading to the Fox Theatre in Detroit Dec. 20-22, 2018.

Based on the 1983 cult classic movie, this tale has long been a favorite of anyone who’s ever been a kid.

Desperate to make sure that BB gun ends up under his Christmas tree, Ralphie hatches a series of schemes to ensure his dream comes true – despite the prediction from his mom, teacher and even Santa that he’ll “shoot his eye out.”

All the while, he’s dealing with an annoying little brother, a yellow-eyed bully, a friend whose tongue sticks to a frozen lamppost and his parent’s war over the notorious “major award” his foul-mouthed father won in a contest.

It’s a trip down memory lane for most and good fun for the entire family.

A Christmas Story, The Musical plays at the Fox Theatre in Detroit Dec. 20-22, 2018. Tickets start at $36 and are available online or at the Little Caesars Arena Xfinity box office. Show times are as follows:

For more information on this holiday show – along with details on other family fun things do to this weekend – visit the Metro Parent calendar.