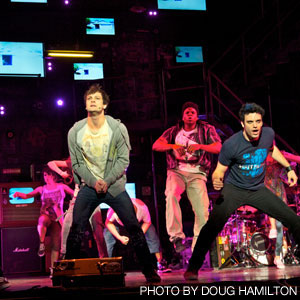 Who'da thunk the punk rock band who gave us Dookie would go on to produce a Tony-nominated musical? One popular group definitely had the gall to pull it off. And now, Green Day's American Idiot is heading to the Detroit Opera House Jan. 17-22, 2012.

Front man Billie Joe Armstrong teamed up with award-winning director Michael Mayer to orchestrate the show, which officially hit the stage in 2009. It's a story of three friends living in a post 9/11 world, stuck between the comforts of suburban life and the itch to achieve their goals. Their stories come to life through songs like "Boulevard of Broken Dreams," "Wake Me Up When September Ends" and, of course, "American Idiot."

This rock musical is a quick-moving 95 minutes (no intermission here, folks) – and it does contain adult content and language, so use your discretion. Kids ages 5 and under will not be admitted.

See the Metro Parent for more on American Idiot at the Detroit Opera House.