Annie at the Fox Theatre in Detroit 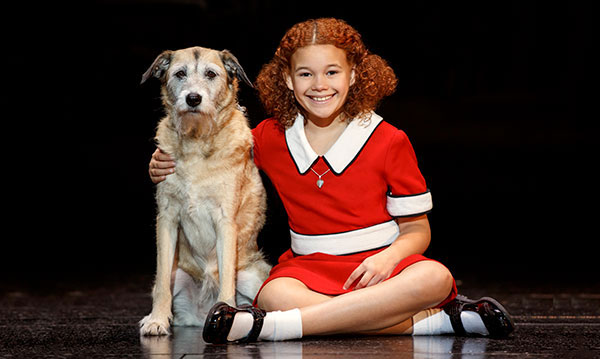 For 40 years, Annie the Musical has been captivating adults and children alike. And on Feb. 17-18, 2017, southeast Michigan families can experience Annie at the Fox Theatre in Detroit.

See the beloved tale of upbeat, red-dressed Annie and hear popular songs like  “It’s the Hard Knock Life” and “Tomorrow.”

The plot focuses on the spunky orphan girl who leaves the orphanage to search for her long-lost parents. She’s luckily invited to spend time with the billionaire businessman, “Daddy” Warbucks, who grows fond of the 11-year-old, eventually adopting her.

The little orphan girls in the production are played by Sage Bentley as Tessie, Bridget Carly Marsh as July, Molly Rose Meredith as Pepper, Emily Moreland as Kate, Annabelle Wachtel as Molly and Casey Watkins as Duffy.

Other hit songs include “Maybe,” “You’re Never Fully Dressed Without a Smile,” “Easy Street” and “I Don’t Need Anything But You.”

Catch the musical for two days only at the Fox Theatre. Show times are as follows:

See the Metro Parent listing for basic details on Annie at the Fox Theatre in Detroit.