Some moms and dads are hiring talented photographers who capture all the details of your blessed event. 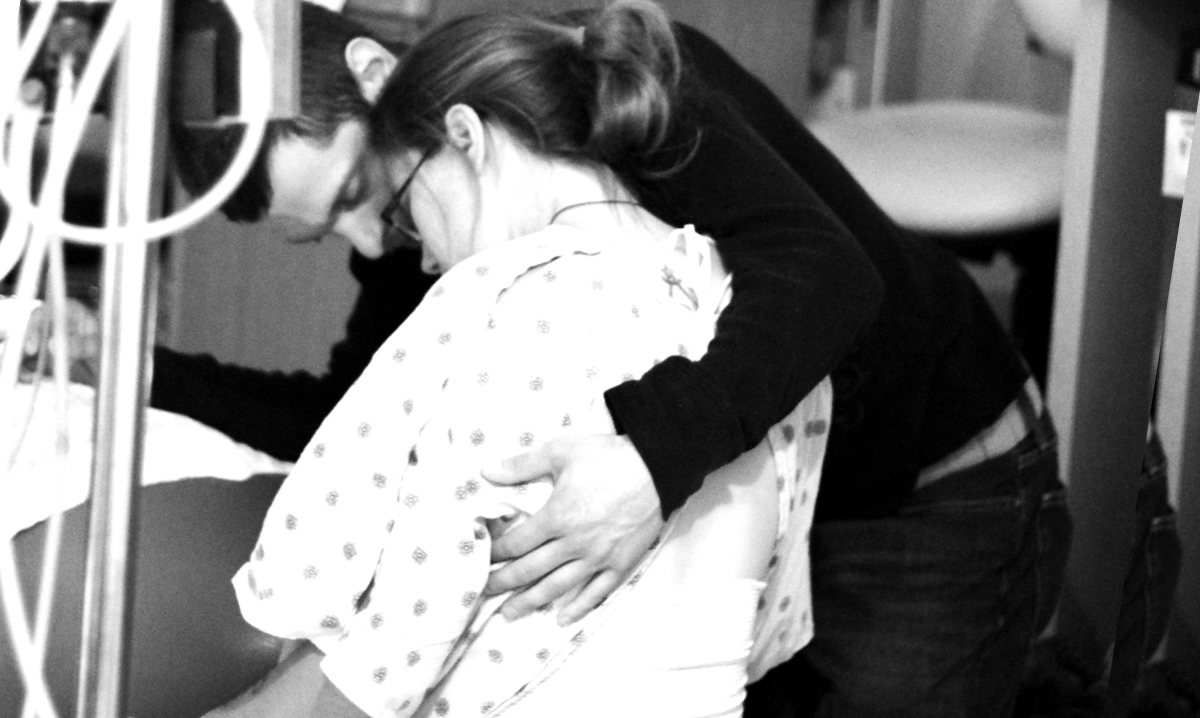 It’s 2 a.m. when Amber Miller’s phone goes off. The ring tone, a Spanish-language song called “El Choque,” bursts through the silence of sleep. The choice is purposeful. The Spanish interrupts her dreams and signals the time to emerge from beneath the blankets. A client is calling. She grabs her camera bag, a Coke and pepper spray for dark parking lots before heading into the night.

“It seems normal to me. Two a.m. is not a foreign time of day. There’s no traffic. It’s the best,” Miller says. But this magical moment stems from more than open roadways. Miller is a birth photographer, hired by expectant parents to document the experience of their child’s birth through photos.

“It’s not a mainstream thing yet, but everyone has been thrilled with the pictures,” Miller says.

While the term “birth photography” may illicit squeamish, confused reactions – as one pictures vagina-bound babies shooting out – there’s more to it. For birth photographers and the parents who swear by the service, hiring a professional is as natural as calling one for weddings, bar mitzvahs or baby-namings. And while parents often choose to include shots from “down there,” birth photographers seek a larger narrative.

“The most important shot is not the baby coming out. It’s the grandma crying in the corner. It’s the details people forget. It says, ‘Look what was happening.’ It’s special,” Miller says.

Miller’s interest in birth has been building for years. She was a women’s studies major at the University of Michigan and graduated in December 2012 before pursuing midwife certification. She also works as a “doula” or labor coach, who serves educational purposes, acts as a guide and provides emotional comfort during the pregnancy and labor process.

Through this work, Miller began her foray into photography. “There are always so many amazing moments during birth I wish I could show people. I wanted to be able to show moms how awesome they look,” she says.

Yamile Branch, of St. Clair Shores-based Yamile Branch Photography, found birth photography another way. Always drawn to photography, Branch modeled as a teenager and worked her first job at a photo lab. Later, she began studying with photographers, by reading books, and asking questions. She discovered the difference between shooting a pose and capturing a spirit.

During her own pregnancies, Branch searched desperately for a photographer who could record the story of her labor. When she began photographing births one year ago, in addition to her pre-existing clients of newborns and teens, it was an extension of her own desire. “To capture that shot (of the moment of birth) is the most powerful image you can achieve,” she says.

From parents making last-minute “boy or girl guesses,” to the expressions on their faces to the mom sobbing, extremely proud after a long labor, Miller realized the significance in catching these fleeting moments. She’s always liked photography and decided to put the two together – although Miller doesn’t act as doula and photographer at the same time.

“It’s just starting. Most people wouldn’t think about it, but it gives people permission to see birth as something beautiful, not something to be afraid of,” she says.

How the process works

For parents interested in birth photography services, the first step is a consultation as early in the pregnancy as possible. At this meeting, parents can decide on what package they want, and discuss specific shots, camera noise, optimizing lighting, birth plans and what family members will be attending. Miller stays on alert and in touch with mom throughout early labor and then is called when “hard labor” begins.

“It’s a hard life. Everything’s up in the air,” Miller says. In the past, she’s missed classes and tests for clients. She says professors were forgiving and she cut down on client loads during the school year, usually limiting to one per month. This August, Miller had five clients scheduled.

Once at the hospital, Miller doesn’t start taking pictures right away. “It’s the hardest when you first get there. You’re entering their space. But once the baby is being born, the mom is in her own world,” Miller says. She begins by building a comfortable atmosphere – shooting the room, the mom’s baby bags and the weather outside. During the pregnancy, she assumes a “fly on the wall” position. “I want her to be the most comfortable. Pictures aren’t more important than the labor,” Miller says.

Still, moms sometimes ask for advice and guidance, recognizing Miller’s skills as a doula. “I still encourage the mom when not taking pictures. It’s hard to take off the doula hat,” Miller says.

Miller usually stays an hour after the birth to capture the baby’s first moments. During long-lasting labors, Miller continues to return to the hospital to ensure she’s present for every stage, even if it lasts 12 hours.

And the University of Michigan hospital doesn’t mind. “Because of her knowledge about birth, it never interferes with my ability to do my job or a family’s ability to feel the privacy/intimacy that they need to give birth and bond with their baby,” says U-M hospital midwife Melisa Scott. “In general, U of M (particularly the midwife service) does an amazing job supporting the wishes of our prenatal clients,” she says. “We try to make what is important to them our main focus of care. So if a family wants birth photography, we work hard to make the photographer feel welcome and supported in their valuable role.”

To complete her role, Miller then heads home to edit shots, pick the best ones and make a slideshow set to music. “I always cry – every single time. I’m always hoping it will have an even stronger emotional affect on the parents,” Miller says.

And it does for Ann Arbor mom Kelly Seestedt. Seestedt stumbled upon birth photography while researching placenta encapsulation. “It sounded perfect to make it the experience I wanted,” says Seestedt, who loves pictures and photo journals.

The first time Seestedt watched Miller’s video, she was lying in bed and pulled it up on her phone. “It brought up a lot of the joy of giving birth. I was laying there crying. I get emotional every time I see it. There’s no way to put what I experienced into words. It’s something I truly cherish,” she says.

Seestedt felt even more comfortable because Miller is a professional. “I didn’t even notice she was there,” she says. One of Seestedt’s favorite photos shows her during a contraction. Her husband’s hand rests on the back of her head. “Having the photos of the birth allowed me to see a perspective I would never have known existed,” she says.

The photos, and the process, have changed Miller’s perspective, too. “I couldn’t imagine not doing it, because I love it so much,” says Miller. “It’s not about the money. I don’t mind, it because it’s my passion. I couldn’t go a whole day without thinking about birth or a noticing a great song for a slideshow.”

For Branch, her services are also deeply personal. As a mother, she feels she has the ability to connect with mothers and the experience they’re going through. “I’ve been through the pain, so I can understand,” she says.

Miller would want photographs of her own birth. “It’s important to realize you are only going to have this birth once. You can’t go back. Once it’s over, it’s over. It’s almost a photojournalistic thing,” she says.

Seestedt agrees – especially since she didn’t know about birth photography during her first pregnancy. “It’s just such a wonderful thing to have,” she says. For Seestedt, the experience and the photos are incredibly special, such as the pictures of her daughter seeing her new brother for the first time. “She knew things important to me I didn’t even tell her.”

The final slide reads “Welcome to the World, Little Wolverine.” The Seestedts met at University of Michigan. On another slide, a photo shows Seestedt with her hand on her daughter right as she enters the world. “I can prove I had my hand on her first,” she says.

Now, Seestedt looks forward to the day when she can share these photos with her kids. Pointing to the photos, she can say, “This is how much love was in that room.” And with birth photography, she won’t have to say it. Miller’s photos will tell the story.

This post was originally published in 2012 and is updated occasionally.