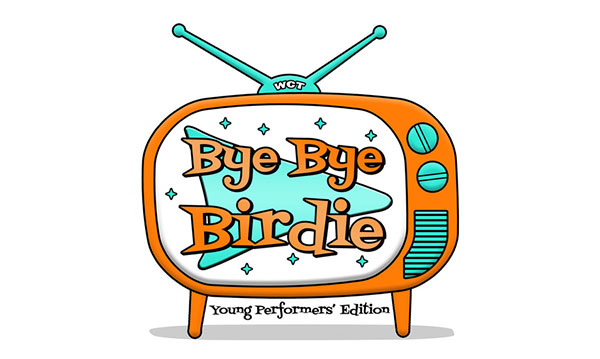 Kids will want to boogie when Conrad Birdie comes to the Warren Civic Theatre, Nov. 6-8, 2015, for a Young Performers’ Edition adaptation of the Tony Award-winning musical comedy Bye, Bye Birdie from the 1960s.

The American girls of 1958 take to the streets in protest when young rock ‘n’ roll star Conrad Birdie receives a draft notice. The show’s inspired by Elvis Presley’s 1957 draft notice into the Army. Conrad sports the legend’s pompadour, thick sideburns and that rugged voice that makes the ladies swoon.

The satire also follows Albert, Conrad’s agent and an aspiring songwriter. Together with secretary Rosie Alvarez, they come up with a plan for Conrad to sing the song “One Last Kiss” and kiss a fan live on The Ed Sullivan Show before his induction into the Army. Conrad agrees to the farewell shindig, much to the glee of girls and disappointment of their fathers and young boys across the nation.

Kim McAfee, resident of the small town Sweet Apple, Ohio, is the lucky fan girl chosen to receive Conrad’s goodbye kiss, much to the dismay of her boyfriend, Hugo Peabody. And Hugo isn’t the only one uncomfortable with Conrad’s hip-thrusting swag. The men will try their best to thwart the show.

Relive this comedic coming-of-age story only a teenage celebrity could boast of, and see why this play has been an American favorite for decades. Tickets to the one-hour adaption – specifically for elementary and middle school kids – are now on sale at Warren Civic Theatre for $12 per adult and $5 for children ages 12 and under.

Learn more about Bye, Bye Birdie at the Warren Civic Theatre – and find out about even more family friendly musicals and plays in southeast Michigan – in the Metro Parent calendar.