'Cinderella or It's OK to be Different' Kids Play at Hilberry Theater, Detroit 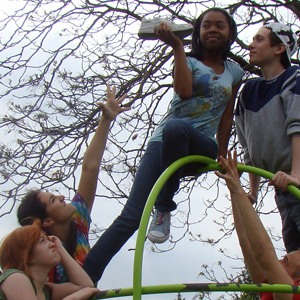 One lived in ancient Egypt. Another was an Algonquin Indian. In fact, hundreds of "Cinderella stories" exist around the world. And they'll come to life in Cinderella or Its Okay to be Different, a kids' play hitting the Hilberry Theatre in Detroit June 20-23 and 27-30, 2013.

This children's show gives a classic tale plenty of fresh spins – all while underscoring just how much various cultures have in common. On a school playground, a diverse crew of students discovers that, despite appearances, folklore has many common threads. The producers promise a "fast-paced, upbeat, multicultural" show that ultimately delivers an important lesson: differences are cool.

This show also launches Wayne State University's first-ever "Detroit Youth Theatre and Dance Journey" season. Beyond the public dates, Cinderella hits the road earlier in June, visiting 11 public elementary schools in Detroit and three local festivals – the North Rosedale Park June Day Festival in Detroit on June 8, at the Detroit River Days Kid Zone on June 22 (as one of the featured performances), and at the Summer in the Park children's series at Campus Martius Park in Detroit on June 29.

The public show times are as follows:

This performance unfurls on the stage of the Hilberry Theatre in Detroit. Admission costs are $5/kids and $8/adults.

For more information, including contact information and the venue address, for Cinderella or Its Okay to be Different, the calendar listing at Metro Parent is your ticket!