Fiddler on the Roof in Clinton Township 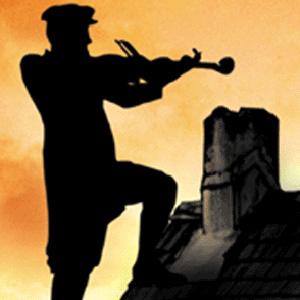 A timeless tale of family and faith comes to Clinton Township in the Tony Award-winning musical Fiddler on the Roof, playing Jan. 28, 2012 at the Macomb Center for the Performing Arts.

Set in Tsarist Russia, the classic production stars veteran actor John Preece as Tevye, a quirky milkman whose steadfast Jewish traditions are bumping up against a changing world. Preece has played the role over 1,700 times, and is often credited by critics for the success of the production.

The musical, based on stories by Sholem Aleichem, is backed by a rich score filled with familiar, rousing tunes including "Tradition," "If I Were a Rich Man" and the haunting "Sunrise, Sunset."

Time-honored and perfect for families, Fiddler on the Roof is a tradition worth keeping. Two shows are available, at 2 p.m. and 7 p.m. Saturday, Jan. 28. Tickets are $47-$52 and are available by phone, online or at the Macomb Center box office.

See the Metro Parent listing for more information on the 2012 production of Fiddler on the Roof at the Macomb Center for the Performing Arts.