Catch adaptions of the two classic children's tales, 'Goodnight Moon' and 'The Runaway Bunny,' performed on stage April 8, 2018 at the Music Hall Center for the Performing Arts in Detroit. 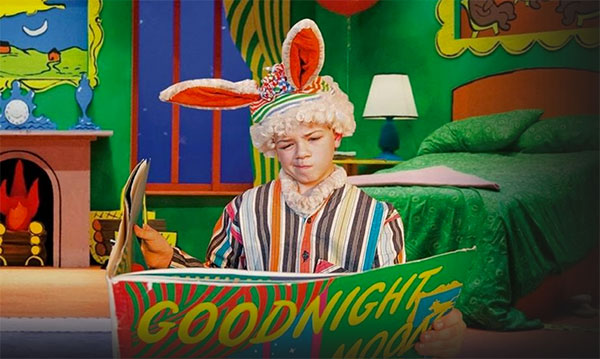 Two of the bedtime stories your kids know and love will take the stage in April for a show that’s sure to delight children and parents alike.

An adaptation from the much-loved books Goodnight Moon and The Runaway Bunny – both authored by Margaret Wise Brown in the 1940s – will be performed at 4 p.m. Sunday, April 8, 2018 at the Music Hall Center for the Performing Arts in Detroit as part of the Lear Family Theatre Series.

The production is being put on by the Mermaid Theatre, which is based in Nova Scotia and presents an average of 400 shows each year. Other Mermaid Theatre performances have included interpretations of popular children’s books such as Eric Carle’s The Very Hungry Caterpillar and Sam McBratney’s Guess How Much I Love You.

“Goodnight Moon is a celebration of familiar nighttime rituals, while The Runaway Bunny‘s pretend tale of leaving home evokes reassuring responses from his loving mum,” the Mermaid Theatre notes. “Both tales feature endearing rabbit characters, and the soothing rhythms of bunny banter and dream-like imagery never fail to infuse young readers with a reassuring sense of security.”

Tickets are $10-$20 per person or $50 for a family four-pack. To purchase tickets, visit the Music Hall website.

Get more details on Goodnight Moon and The Runaway Bunny at Detroit’s Music Hall Center for the Performing Arts, and other family-friendly events in metro Detroit, in the Metro Parent calendar.