A Livingston County dad is on a mission to get kids playing outside – and staying safe – with his innovative free SafeSubs app. 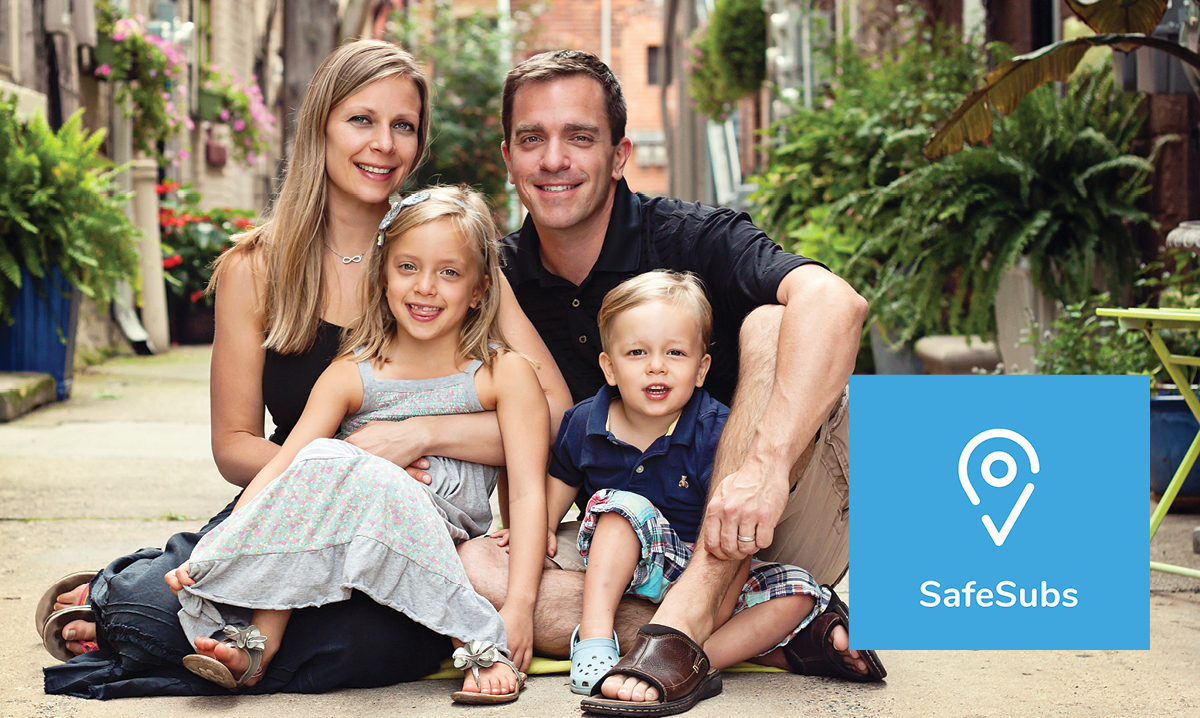 In the summer, Chris Pagett wants his kids playing outside and making new friends. But in a Howell subdivision with nearly 300 homes, he knows there’s a chance his 7- and 11-year-old kids will forget to check in.

His pal Chris Ross in Texas had similar concerns. So the dads teamed up to launch the SafeSubs app – a tool that aims to give kids freedom and parents peace of mind.

“We’re trying to encourage kids to get outside playing together,” Pagett says. “It’s important to help grow your community of people who have kids the same age.”

The free app lets parents set up play dates, inform each other of their kids’ allergies, curfews and more. It takes privacy into consideration, too, and allows people to disconnect from others; if you have a one-time babysitter, for example, you can add her – then lock her out of the app when she goes home.

“We really feel strongly about this app,” Pagett says. “Some (future) ideas we have are notifying people of local sex offenders and using smart speakers – like Alexa – to let kids check themselves into friends’ houses.”

Even without these features, this dad duo has found a following in both states.

“It’s been great. It was obviously inspired by my own neighborhood, and it’s benefitted my whole neighborhood and others,” Pagett says.