I Love Finding the 'Right Fit' for My Kids 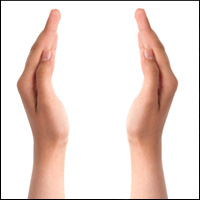 When Suzi asked to return to dance classes last year, I said, "Sure!"

Knowing she’d outgrown the cheap community-center classes she had taken as a toddler, I asked around and found the best ballet studio I could afford.

When she saw The Studio she said, "Mom, I want to go to my OLD school."

Tut, tut, silly thing. "No, honey," I explained. "This place is much better."

Suzi padded into her class uncertainly and came out, an hour later, confused.

"Was it fun?" I asked enthusiastically.

"It’s OK, Mommy, but I want to go to my old class," she said. But Mommy knew best. Soon after, Suzi’s big sister Patti joined in and both my girls were attending The Studio. Nothing but the best for them.

But after a while, I noticed unsettling things. The ballet teacher yelled at the kids constantly. Patti, who usually wilted under pressure, thrived with her screamy new teacher. Suzi? Not so much. Three months later came parent observation day. Patti beamed proudly throughout her class. Suzi frowned and rushed around nervously, making sure she was always in the right place; that her feet and arms were always in the correct position. She progressed quickly, but didn’t seem to be enjoying it. We were well into rehearsals for the spring recital, and Suzi no longer complained.

By the end of the year, I realized Suzi never looked forward to dance class. Sure, she loved the glitz of the recital, but that was about it. I regretted dragging her to The Studio and started prodding her to go back to the community center.

I must have asked her a hundred times if she really wanted to stay there. And she always said yes. Always sadly.

When dance classes started again in September, Suzi whined before every class. She didn’t want to go. And no wonder. She just wanted to have fun, but there were so many rules to follow. She had to wear a certain color shoes, tights and leotard. Plus, from this year, she had to wear her hair in a bun. And the teacher continued yelling.

I made Suzi sit down and tell me why she wanted to continue at The Studio. Out poured a year’s worth of tears and frustration. Turns out Suzi was often teary-eyed in class, though she’d never told me. She was scared of her teacher and pretty much hated ballet now. But she refused to quit.

I checked into the old community center classes. Sure enough, there was one meeting at the same time as her Studio class – AND her very best friend was in it! Yet still, she refused to leave her sister’s Studio behind and go back to her old class. So I made the decision for her.

I signed Suzi up for the cheap, so-so classes of her youth. Dress restrictions? None. Required hairstyle? Are you kidding?

Last night Suzi hoofed it up in her new/old class with 16 other girls. There was no angry demand for grace and perfection from the teacher. And when class was over, Suzi didn’t slump out of the room, sweating and sad. She ran and hugged me, smiling all the way.