Matilda the Musical at the Fisher Theatre in Detroit 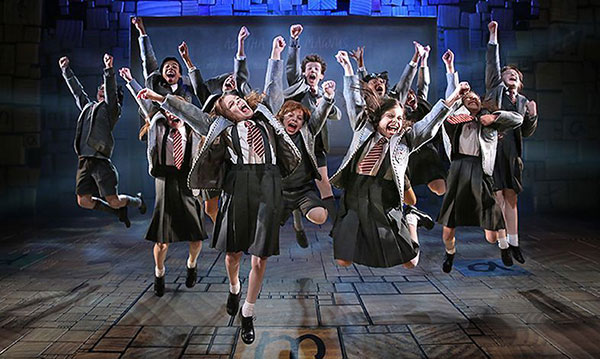 Matilda is a very special girl with “a vivid imagination and a sharp mind” who happened to be born to the two most idiotic parents on the planet. Still, she manages to make the world a better place. Now, this little girl – the main character in the Roald Dahl book and the movie rendition from 1996 – comes to the stage in Matilda the Musical, which plays select days March 9-20, 2016 at the Fisher Theatre in Detroit.

She excels in all sorts of ways – from reading Dickens at 5-years-old to solving multiplication math problems without writing down any formulas. Beyond that, though, she’s a great friend to fellow students at her new school.

Speaking of that new school, it’s run by the terrible Miss Trunchbull who causes quite a bit of madness for students. Watch it all unfold, in musical form, live in Detroit. You’ll see all the story’s characters, including Miss Honey and Matilda’s parents, too.

The show is suitable for children ages 5 and older. Children under age 5 will not be admitted to the musical performance. Tickets range from $25 to $130. Show times are as follows:

See the Metro Parent listing for more on Matilda the Musical at the Fisher Theatre in Detroit.