A trio of moms in southeast Michigan pooled their talents to create a clothing and goods line called Eighteen FF Apparel, which also aims to inspire their kids. 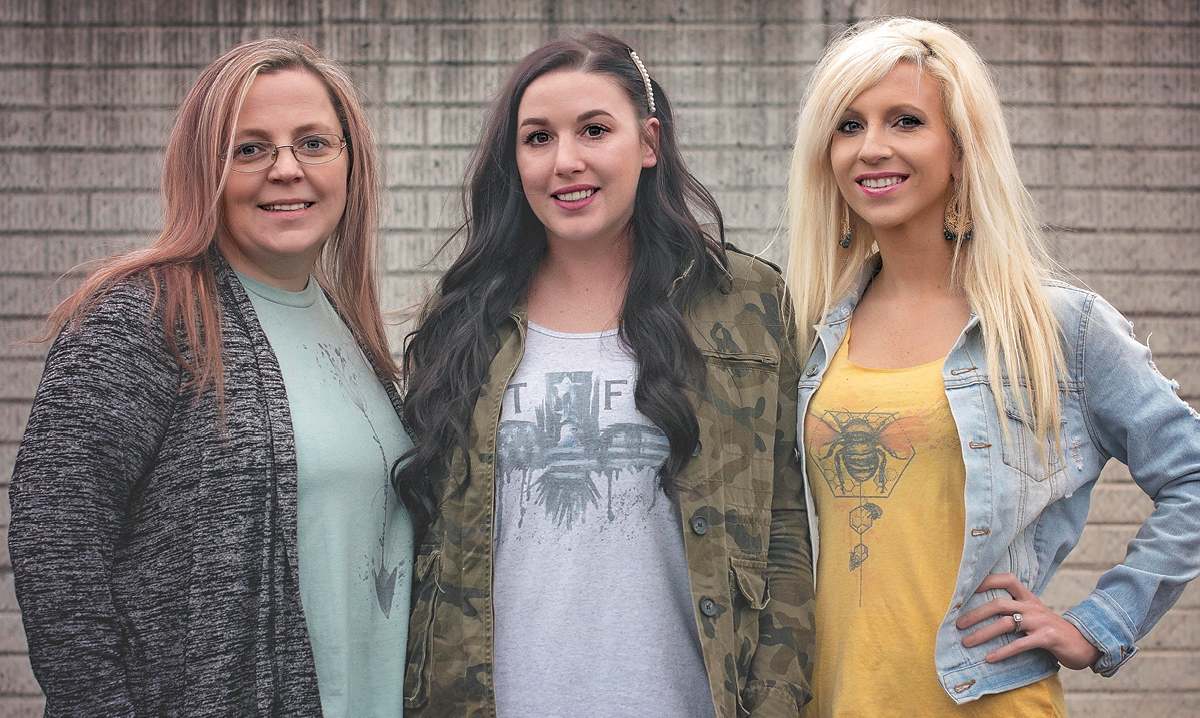 For three moms in southeast Michigan, the daily effort of motherhood didn’t stop them from following their dreams.

After meeting through mutual friends, the trio – Ashleigh Watson, 28, of Newport; and Stacey Westbrook, 42, and Molly Hedglen, 32, of Monroe – started their own clothing and goods company, Eighteen FF Apparel, in August of 2019.

The line is touted as “hand distressed” and “vintage pressed with hand painted art,” primarily featuring screen-printed tops and hoodies.

“We got started because we were sitting around the kitchen table, watching the kids play with the chickens in Stacey’s backyard, just talking, and we realized – well, Stacey knew how to do the printing, I have an art background and Ashleigh has a background in marketing,” Hedglen says. “So, we collaborated our talents.”

She adds, “We wanted to put something out there that had a lot of meaning and would resonate with people.”

The “eighteen” in the name of the company comes from Proverbs 31:18: “She perceives that her merchandise is profitable. Her lamp does not go out at night.”

“We put a lot of thought into each design and sometimes we work late into the night, so the idea of working by lamplight fit,” Westbrook says. The “FF” can mean many things, she adds, like “faith over fear” or “family is greater than failure.”

As for what’s next, Watson says, “we want to keep getting bigger and bigger.”

“I think we’re doing this to set a good example for our kids,” Watson says. “The three of us, we’ve been raising our kids and sometimes we put ourselves on the back burner. What we’re doing is for us and to show them that if you set your mind to something, you can accomplish it.”

Most of these mompreneurs’ clothing items range $20-$45. Shop at Eighteen FF Apparel online.