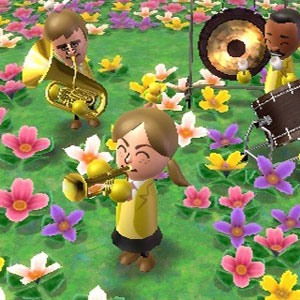 Some corners of the web have declared Sept. 12 National Video Games Day. Why not let your kids take a step into virtual reality and use their brains to problem solve – and create completely original worlds? Video games have come a long way in the past few years, with ever-evolving graphics and physics. And educational games have never had a better market. These games can show any parent that video games don’t all have to be brainless time-wasters.

This critically acclaimed adventure game centers around the player’s own creativity in imagining and creating his or her own unique levels and environments. The main character, Sackboy/girl (a mischievous little bean-bag humanoid), is navigated through different worlds, dodging obstacles and jumping over gaps while collecting prizes for points. But the game’s most satisfying feature is the ability to create contraptions for your Sackperson to run, jump and swing on – and then sharing your level with friends online. Grab a copy at Best Buy or for a cheap $27.99 at NewEgg.com.

Dinosaurs are always cool – and dinosaur video games are no exception. For each fossil you dig up, you get to play as that prehistoric beast, all the while learning about different eras of dinosaurs and fun facts about the fossil record. Praised for its playability and educational value for younger children, this DS game is both educational and has great replay value for any dino-loving kid. Get one at Toys “R” Us or at its online store for $19.99.

Do you have a child who uses your pots and pans as a drum set? She’ll love Wii Music, an interactive game that provides a way for kids to experience playing instruments to create songs together. Players use their Wii controller as an instrument to perform a selection of songs, from well-known classical pieces to pop songs everyone will know and love to play along with. Unlike other popular music games, players aren’t penalized for bad notes or missed beats. Players are simply encouraged to play, experiment and learn. Get your copy on Amazon for $35.

Rule the world! Well, at least your own city. This classic of the “Sim” series is a perfect game for any aspiring architect, politician or engineer. Players have the opportunity to build their own city, reaping the benefits of smart decisions and learning from the consequences of mismanagement. Help your city grow by building infrastructure and civil services, while simultaneously responding to your citizens’ needs in a variety of situations, including natural disasters. Get a bundled box set of five versions of the game for $20 at NewEgg.com.

The classic family doodle game is back! Revive family game night with your Wii and a whole new selection of clues. Try to get your team members to guess your clue as you “sketch” onto the TV screen using the Udraw tablet (sold separately). Aspiring artists will love to show off their skills with family and friends. Try Amazon for the game and tablet, around $20 and $45, respectively.

The Legend of Zelda: Ocarina of Time (Nintendo 64)

This classic of the N64 may be remembered by older teens who still recall the ’90s, but kids of all ages will love playing as Link, a little elf boy, who is thrust into an adventure full of increasingly intense puzzles and exciting levels. The graphics may be dated, but the message of good triumphing over evil is always relevant. It is an older game, so try Amazon or eBay, where a used copy runs around $20.

The latest edition of the ultimate party game series is just as fun as the last, with even more mini-game fun! Up to four players make their way around a game board as classic Mario universe characters, collecting coins and stars. After each round, players are divided into teams to play wacky and often hilarious mini-games to earn more coins (and bragging rights). Playing Mario Party is truly an event, so host a “Mario Party party” and get ready for a long, fun night. Snatch up your copy at Target for $50.

“Brainssss!” The undead are coming to take over your house, and your only defense is … garden plants! “Plants vs. Zombies” is an adorable puzzle survival game that tests your wits as you plant crops and flowers that act as a barricade against a hoard of zombies. Kids will love being challenged as the game progresses while the zombies get faster and their numbers increase. Buy a copy on Amazon for around $20.