Not Just for Kids Series at the Michigan Theater, Ann Arbor

Fives shows in Tree Town, giving you five chances for excitement and adventure in 2015-2016 at the Michigan Theater. 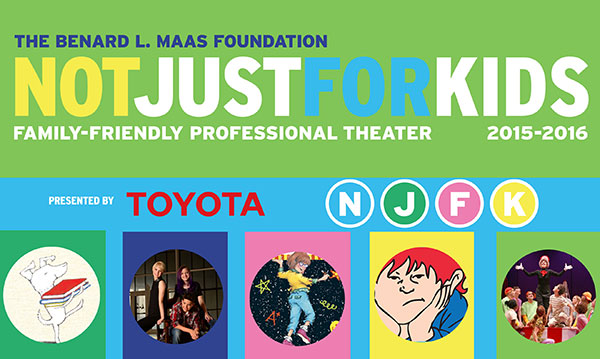 The stage fills with child favorites at the Not Just for Kids stage show series at the Michigan Theater in Ann Arbor, 2015-2016. Choose among the five shows – or go see them all! Here’s what’s playing.

The series kicks off on Oct. 3, 2015 with Dog Loves Books. Based on a New York Times Best Seller by Louise Yates, the story begins with Dog, who obsesses over books. His passion for books pushes him to open a bookstore and act out stories for his costumer. Gaining their attention, his costumers begin acting, too. The musical demonstrates imagination at its best and the idea you can go a long way with a simple book. Recommended for grades K-2.

Then, siblings Ariel, Zoey & Eli (AZE) perform their favorite songs on Dec. 12, 2015. Sponsored by Kerrytown Market & Shops, the show includes songs for the holiday and surprises. AZE received an Emmy nomination for Outstanding Original Song in 2015. Appropriate for all ages.

The series enters the new year with the show, Junie B.’s Essential Survival Guide to School on Feb. 13, 2016. After one-and-a-half years of experience in school, child favorite Junie B. Jones writes a book about the scary times and fun times in school. It’s a new musical based on the popular book by Barbara Parker. Recommended for grades K-5.

On Apr. 10, 2016, Alexander, Who’s Not Not Not Not Not Not Going to Move centers on a young boy name Alexander who refuses to move to new town. The thought of leaving his friends and school seems unbearable for him. Learn with Alexander about the true meaning of family and the good and excitement in change. Recommended for grades K-4.

The series ends with Seussical the musical on May 7, 2016. Horton faces danger as he fights to protect the Whos from naysayers. He must also protect an egg abandoned by Mayzie La Bird who longs for Horton’s attention. With the help of Gertrude McFuzz, Horton overcomes ridicule, kidnapping and a trial with the powers of family and friendship. Recommended for grades K-4.

Let your imagination rise in the series. All shows are at 1:30 p.m. Admission is $12 ($10 for Michigan Theater members).

For more details on the 2015-2016 Not Just for Kids stage series at the Michigan Theater, Ann Arbor visit the Metro Parent calendar.