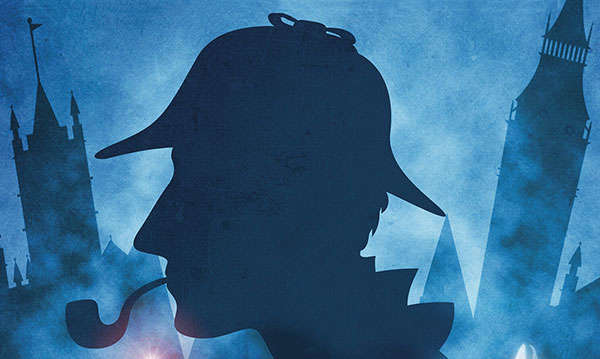 Sixty short stories, 80 minutes. That’s what you’ll get when Potted Sherlock comes to stage at the City Theatre in Detroit, Feb. 5-7, 2016.

Brought to you by the Potted Potter people, this show brings all of the original Sherlock Holmes stories to life – right here in southeast Michigan.

The London-based detective is the brainchild of Arthur Conan Doyle who wrote these 60 stories between 1887 and 1927. While your kids might be more familiar with Robert Downey Jr.’s portrayal of the famous detective in recent films, this stage show gives them a chance to uncover the stories that started it all.

This show features Dan and Jeff – aka Jefferson Turner and Daniel Clarkston, and this is the fourth stage show the duo has performed together, but this time they’ve added a new cast mate. Lizzie Wort joins Dan and Jeff on this 80-minute adventure. See what action unfolds when these three hit the stage in Detroit!

Performance times are as follows:

Want to get the basic details about Potted Sherlock at the City Theatre in Detroit? Simply check out the Metro Parent calendar listing.