Raven’s Seed at the Matrix Theatre in Detroit 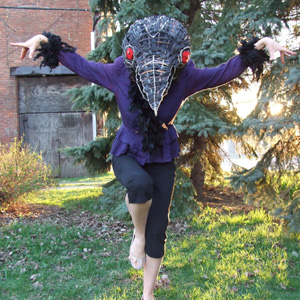 The sci-fi musical comedy Raven's Seed, written by American playwright and documentary screenwriter Stephen Most, makes it Michigan debut thanks to the talented folks over at the Matrix Theatre. For four consecutive weekends – April 28-29, May 5-6, 12-13 and 19-20, 2012 – performers will take to the streets of Mexicantown in Detroit dressed as forest animals gone mad.

What's made these animals berserk, you ask? They're revolting against the two less-than-serious scientists – Dr. J. Stanley Opportune and Dr. Oliver Liverwurst – whose nuclear energy plans are on the verge of destroying the earth.

Will these scientists succeed, or will the animals – led by the Raven disguised as a human – win the war? Watch the silliness unfold as theater performers move through the streets.

To enhance the theater experience even more, kids and parents are encouraged to dress up as their favorite animal. You just might be able to join the show!

The Saturday and Sunday performances take place at 3 p.m., and tickets are $20 for general admission and $12 for seniors and students with a student I.D.

Because the show is performed outdoors, the performance schedule may change. Be sure to call ahead to verify that the show is taking place before you head out. And don't forget to bring your own lawn chairs or blankets to sit on while you watch.

See the Metro Parent listing for more on Raven's Seed in Mexicantown by the Matrix Theatre in Detroit.