Sister Act Musical at the Fisher Theatre in Detroit 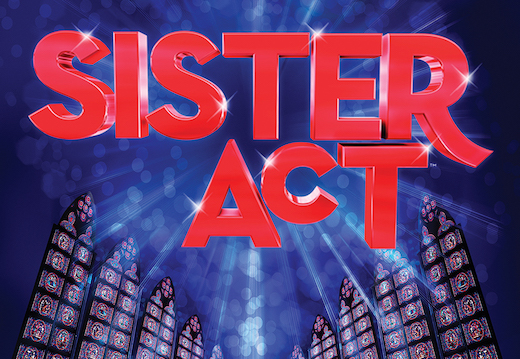 Deloris Van Cartier is a lounge singer who doesn't have such great luck. After witnessing a murder, she is taken into protective custody and sent to the last place on earth anyone would think to look for her – a convent! Based on the '90s flick of the same name, Sister Act hits the stage at the Fisher Theatre in Detroit, April 22-May 4, 2014, for a limited touring engagement.

The five-time Tony Award-nominated show – which is produced by the original film's star Whoopi Goldberg, Stage Entertainment and Troika Entertainment – introduces some colorful characters. Van Cartier uses her singing as a way to connect with the other nuns – and deal with the rigid lifestyle and an uptight Mother Superior. But her talent and ability to turn the church's choir around gets her noticed. And then, well, you'll have to see it live to see what happens next!

The show, which is appropriate for ages 5 and up, will be in Detroit for eight performances on six dates. Times are as follows:

On Wednesday, April 23, there will be some pre-show activities for kids, thanks to Broadway in Detroit and the Michigan Education Savings Plan (MESP). Beginning at 5 p.m., kids will make their own crafts from Arts & Scraps in Detroit, meet cast members, enjoy free ice cream from Treat Dreams in Ferndale and more.

The show runs two-and-a-half hours and has one intermission. Ticket prices range from $40 to $110.

For direction information and basic details on the musical Sister Act at the Fisher Theatre in Detroit, see the Metro Parent listing.