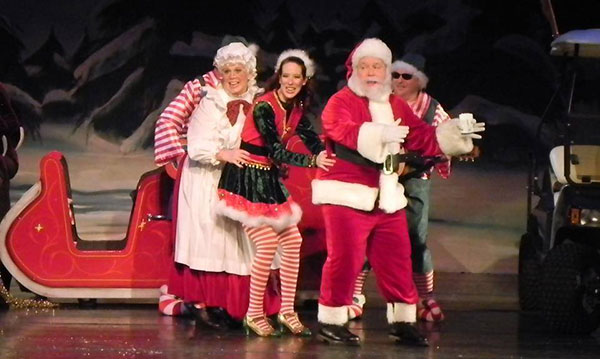 A favorite holiday show for many local residents is back as the Central City Dance Center in Canton prepares for its annual Central City Christmas Spectacular, Dec. 17-20, 2015.

This year’s Broadway-style show features Santa Claus, his head elf Ellie and Mrs. Claus, and gives guests a peek into what really happens as the North Pole crew prepares for the big night.

The dance center is gearing up for seven special performances of the family-friendly Central City Christmas Spectacular, which will feature a cast of more than 100 performers, twirling ballerinas, toy soldiers and a magical sleigh ride with Santa and his reindeer. Performances will take place at the Village Theater at Cherry Hill.

Little ones can get even more into the holiday spirit by taking part in a meet and greet with Santa, Mrs. Claus and Ellie after the 11 a.m. Saturday and noon Sunday performances.

Tickets are $23 and can be purchased at Central City Dance Center, located at 6700 N. Canton Center Road in Canton. Some performances have already sold out, so be sure to get your tickets soon. Tickets will not be sold at the door.

Interested in the 2015 production of Central City Christmas Spectacular at the Village Theater at Cherry Hill in Canton? Get even more details in the Metro Parent calendar.