The Right Shoes for Your Kid

Pairing proper support with footwear trends can be a challenge but you can find the right 'fit.' Here are some things to consider. 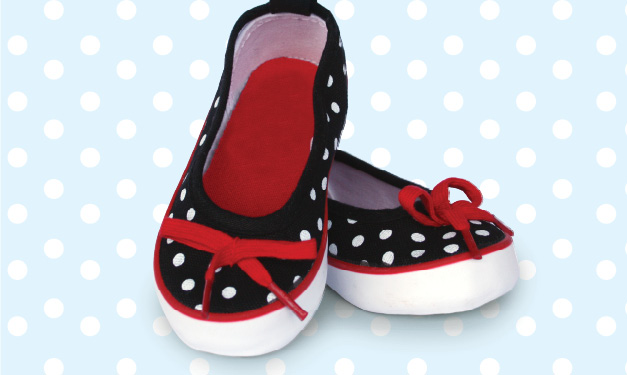 Kids want kicks that are in style. Mom and dad are typically more concerned about finding shoes that’ll stave off injury and soreness – especially as their tykes log plenty of mileage during the school year. Finding that middle ground for your school-aged kids might take some haggling, but here are some essential tips on scoring something a pair that’ll keep your children’s feet safe and supported.

What to look for

“Make sure the shoe fits properly rather than getting a certain brand or the most expensive shoe,” says Dr. Leonard Pollack. He notes that some parents buy expensive shoes a size bigger so that they’ll last longer, when in fact the shoe won’t fit well for weeks.

Instead of spending more on one pair of shoes, plan on buying shoes more frequently so that your child has a good fit.

Look for hard-soled shoes that don’t “give” too much when you bend them. Also, check for strong support in the ankle. “For school, (your child) is going to be in the shoes all day long, from the classroom to the schoolyard to gym,” says Pollack. “Children need shoes that are appropriate for all of those activities.”

“What I recommend is a good running shoe,” says Dr. Mario Pacada, a podiatrist in private practice in Long Beach, Calif. “A lot of kids don’t like those kind of shoes because they’re not fashionable, but the support they offer is best for kids who are active throughout the day.”

Pacada suggests parents make their purchases at stores that specialize in shoe wear. “It can be hit or miss,” says Pacada of finding a salesperson who knows how to properly gauge the fit of a child’s shoe. “But you’re probably more likely to find someone who can help you at those kinds of stores.”

Crocs – the holed, garden-clog-like shoes that burst onto the scene a few years ago – have grown in popularity among kids and adults alike.

Yet with the rise in Crocs’ popularity has come concerns about safety, especially with kids. The soft soles can get caught in the grooves of escalator stairs or in between the stair and the escalator side. Parents have filed lawsuits in several states.

According to the latest from the Consumer Product Safety Commission, there have been at least 77 incidents involving soft-soled shoes reported to the agency since early 2006. The industry blog explains, “All but two of the incidents involved soft-sided flexible clogs and slides such as Crocs.” And half of the incidents caused injuries.

While Pollack hasn’t seen any escalator injuries, he has seen other wounds from kids running around while wearing soft-soled shoes.

“The kind of injuries I’ve seen with these kind of shoes most often is tripping,” he says. Pollack describes seeing young patients who fall after running and one shoe falls off. “Then they are more likely to trip or to step onto something and get hurt.” He also points out that flip-flops don’t protect the toes, so he’s seen instances where a child’s toe has been cut.

“What kids really need is stability in shoes,” advises Pacada, who also coaches his kids’ soccer teams. “When kids are growing, their bones are still not fused. Without the right support they can experience strain on the growth plates.

“This is very common in kids between the ages of 9 and 12. Very often I’ve seen kids who are experiencing heel and arch pain directly related to non-supportive shoes.”

Adds Pollack, “I think the best shoe for active kids is a decent pair of gym shoes.”