The Snow Queen Stage Show at PuppetART Theater in Detroit 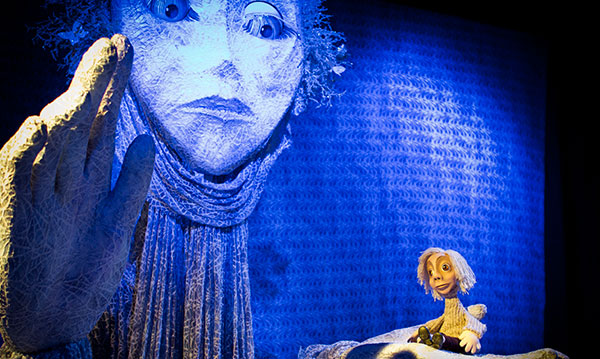 The queen strikes again in The Snow Queen, which hits the stage select dates Dec. 3, 2016-Jan. 29, 2017. It’s a puppet show presented by PuppetART Theater in Detroit and based on the original story by Danish author Hans Christian Andersen.

First introduced by PuppetART in 2011, the show follows the story of Gerda and her quest to find her friend Kai. When Gerda learns about The Snow Queen kidnapping her friend Kai, she sets on a quest to reunite with her friend. On her voyage, she meets flowers, friends, villains – and one dangerous crow. But she cannot sneak away from The Snow Queen’s icy world.

Watch Gerda as she tries everything she can to find Kai. Will she be able to locate her friend? Or will the Snow Queen stop her? Learn the true meaning of friendship and keeping that bond through any obstacle during this live show.

Admission to the show is $5 per child, $10 per adult – and it’s recommended for all ages. Stay for the puppet workshop after the show! It’s $8 per person.

Times are 2 p.m. for all days except Thursdays, when shows are at 10 a.m. Specifics are below:

Families can make reservations by calling the theater box office at 313-961-7777 or emailing boxoffice@puppetart.org.

For more details on The Snow Queen at PuppetART Theater in Detroit, visit the Metro Parent calendar.