These local book boxes help encourage reading at all ages and make a big impact on local communities. Get more details on these libraries. 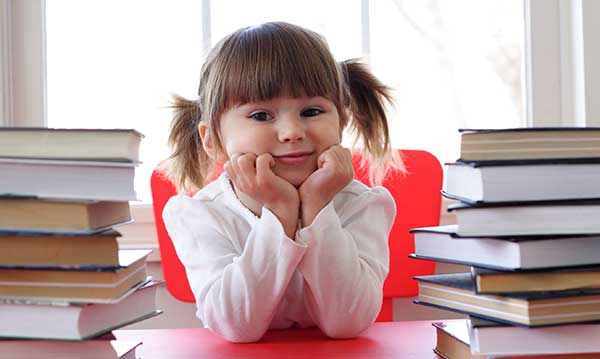 While my family and I were traveling around Charleston, South Carolina in April, we happened upon a Little Free Library in someone’s yard. Little Free Libraries are independently organized book boxes located mostly in residential areas. The library’s steward stocks it with books that can be borrowed or taken by anyone who happens upon the box. Visitors are also encouraged to bring some of their favorite books to leave in the box for the next reader.

Immediately, I was hooked on the idea. As the mom of three early readers, this seemed like a great summer project so I set out to gain insight into the libraries and develop a summer reading and Little Free Library program for my own children.

Sharon Mellow has a Little Free Library just off the sidewalk in the front yard of her Roseville home.

“I was looking at a home decorating website and in one of the yards, the homeowner had a Little Free Library and I thought it was such a neat thing,” Mellow says. “As a kid, I really relied on the Book Mobile (a mobile library) to get books, so I thought this was a great concept.”

“It’s taken on a life of its own,” Mellow says. “I had an idea of what I thought would be popular so I put certain books in it, but then people would take those and leave others.”

Hausman says her Little Free Library is in the optimum spot for children and families at the end of the park. She says some visitors take the book, while others will just find a grassy spot to sit down and read.

I recently spent a Saturday visiting several Little Free Libraries in the metro Detroit area. Using the locator on LittleFreeLibrary.org, I found those closest to my house. I wanted to see what they had to offer and how my children might be able to utilize them for some projects this summer.

I had no idea what to expect when I set out. The first I visited was in Macomb Township, deep within a subdivision. As I approached the area where the library was located, I saw it: a small, wooden box on a post just off the sidewalk in the yard of a house. Suddenly, I was excited about all of the potential. I wanted to find all of the Little Free Libraries in my area.

I took a book from most of them and left a book of my own. My children were so excited when I got home with the “new” books. I knew this was the perfect activity for our summer vacation.

Not only have my three daughters and I decided to find as many as possible, we have started work on our own Little Free Library. We plan to write about our experiences on my personal blog as well as develop activities and learn while having the thrill of the hunt for the small, book-filled boxes.

According to the Little Free Library website, Little Free Library officially started in Wisconsin in 2012, but was started years before as one-room schoolhouse-shaped boxes built by Todd Bol of Hudson, Wisconsin. He put the first box outside of his house with a sign that read “Free Books.” After gaining a small following, Bol made several more. Rick Brooks, a professor from the University of Wisconsin-Madison, got wind of the book boxes and wanted to use the concept as part of a social experiment. Together, Bol and Brooks developed the guidelines and goals for the Little Free Library and launched the initiative shortly after.

Three years since Little Free Library was established as a non-profit organization, hundreds of thousands of these small book boxes have been established all over the world.

Anyone can create a Little Free Library and the process for getting started is easy:

The saying, “If you build it, they will come,” may not immediately come true. Hausman says her Little Free Library took a little while to catch on.

“At first, I was the only one stocking the books. Now, we have visitors who take books and those who leave them,” Hausman says.

Both women say they have enjoyed the response to their Little Free Libraries and hope to continue them for a while.

“Little Free Libraries are more than boxes of books,” says Hausman. “They energize the neighborhoods and they are really trying to expand into areas where literacy is an issue.”