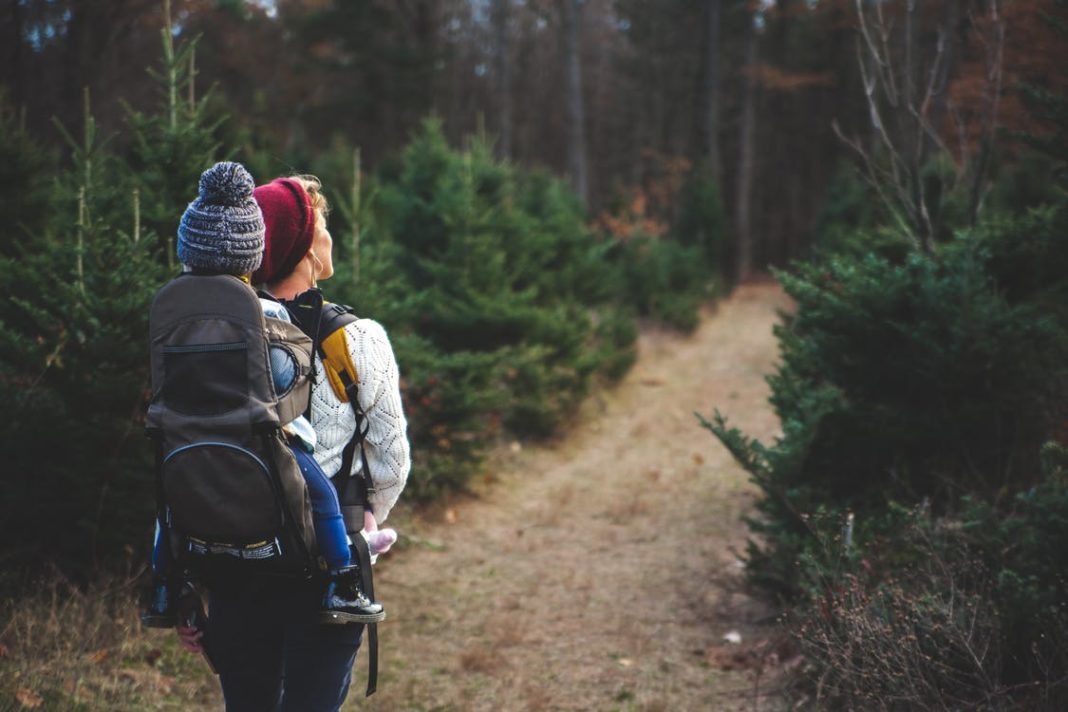 Shirli Gotlib and her four children pulled up to a lighthouse beside what looked like the ocean this past summer and were shocked — was this really only an hour from home?

“Michigan is so much bigger than I thought and so much more scenic and beautiful than I had imagined,” Gotlib, who moved to the state in 2009 from Memphis, Tenn., says.

Gotlib and her four kids — Max, 11, Alex, 8, Sophia, 8, and Jacob, 5 — found this beach through her and her friend Naomi Gardin’s Facebook group Camp Mom Michigan.

Gardin and Gotlib, who both live in Southfield, founded the group in June 2020 when the pair felt overwhelmed at the challenge of entertaining their prospective children for the summer during a global pandemic.

“In April or May, I had noticed through Instagram that my friend, Shirli, was going on great hikes with her kids,” which she had found through the AllTrails hiking app, Gardin says. “My family — Benji, 15, Avery, 13, Ira, 11, and Anne, 8 — and I had begun to take daily walks in our area and nearby ravines and we were looking for new locations.”

“However, one of the first trips I looked at (on the AllTrails app) had a comment of ‘easy to get lost’ which made me nervous, so I decided instead to just follow Shirli’s lead and go on the hikes she had already gone on with her kids and found successful,” she adds.

By having a “vetted” hike, Gardin says, her family was able to take more successful day trips and know ahead of time things like where to park, whether there are washrooms on site and what kinds of COVID-19 safety precautions are in place.

Gardin message Gotlib with the idea to share that information with other local families and Camp Mom Michigan was born.

Now, the group has more than 1,400 members who post day trips their family have taken, whether the excursion was age appropriate for their children and the level of safety at the area. Parents sometimes post rainy day arts and crafts or pose questions about taking trips to farther away areas, too.

The Facebook group has “taken off because we’re very limited in what we can do and everyone wants to be cautious and protect their family, yet maintain a regular schedule,” Gotlib says. “This group really opened an important map of Michigan — my family didn’t go to the same place twice.”

“The response from the Camp Mom members, as well as moms within our community, has been overwhelmingly positive,” Gardin says. “We have heard things like ‘saved our summer’ and we even were mentioned in a book dedication.”

“I think I speak for both Shirli and myself when I say that it is an incredible feeling to have any part in helping local parents make amazing memories with their kids,” Gardin adds. “For me, it gave me the most beautiful summer filled with special memories with my kids that I may not have otherwise had the opportunity to have.”

You can join Camp Mom Michigan on Facebook here.