Thinking about a trip to the nation's capital? Plan a kid-style trip to a few of Washington, D.C.'s coolest museums (and a zoo). 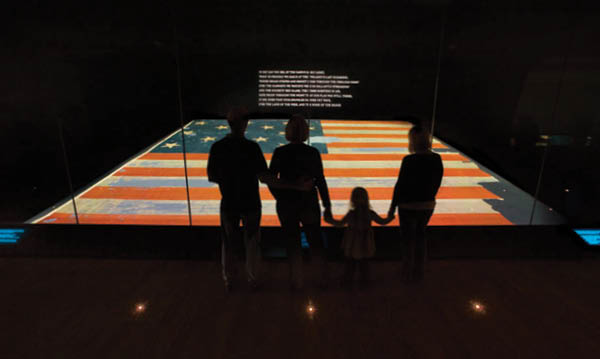 This year, Washington D.C. takes center stage with the fall presidential election. But you can skip those crowds and visit the country’s capital now to explore some of the world’s finest museums packed into one walkable area known as “the National Mall.”

Venture to D.C. with your kids to get a first-hand view of U.S. history at 19 Smithsonian institutions, the majority of which have one affordable price: They’re free! Here’s a sampling. Most are open daily from 10 a.m. to 5:30 p.m.

This high-flying spot emerged as a clear favorite for my kids. They aren’t the only ones – one of Smithsonian’s largest, this museum is also one of the most visited, topping 8 million visitors each year.

My advice is to plot out your kids’ must-see exhibits, like Early Flight, which includes some of the first gliders like the Wright Brothers’ 1909 flyer, which was the world’s first military airplane (you might point out to your kids that there’s no landing gear). Or head straight for main gallery to visit the Apollo Lunar Module.

Once you’ve hit the highlights, take your time meandering. This year marks the museum’s 40th anniversary; celebrate by picking up some astronaut ice cream at the gift shop.

Walking into the dimly lit gallery on the second floor of the National Museum of American History, which houses the 30-by-34-foot Star-Spangled Banner, the air seemed thinned with a sense of reverence. I noticed even young children talked in whispers without any shushing from parents. While gazing at the flag, we read through the story of how it had inspired Francis Scott Key to pen the words that are now the national anthem after a victorious battle against British forces during the War of 1812.

The changing exhibits of the museum’s three floors and 200,000 square feet of space focus on inventions, wartime history and much more. For youngsters, this museum holds a unique find: the only indoor play place in the National Mall. Newly opened in December of 2015, Wegmans Wonderplace, for kids 6 and under, has places to climb, play on a ship and simply run free while you decide on your next stop. (For older kids, the Draper Spark!Lab is perfect for ages 6-12.)

Did you happen to catch a certain viral video of a panda frolicking in the snow during the heavy snowstorm that shut down the East Coast in January? That snow-loving panda is daddy Tian Tian, one of four giant pandas at the National Zoo. His son, cub Bei Bei, was born in August and has only recently started heading into the outdoor enclosures. Most of the zoo’s exhibits are outside, so you’ll want to check the weather before you go – although the giant pandas don’t mind the flakes.

Other popular exhibits include elephants, orangutans, gorillas and lions. As with other Smithsonian facilities, the zoo is free and open to the public, making it the only zoo in the world where you can see giant pandas without paying admission. It’s a few miles north of the National Mall.

Hop on the campaign trail to fun. Plan a visit at destinationdc.org.

Part of the fun is walking from one landmark to another. Here are some standouts.