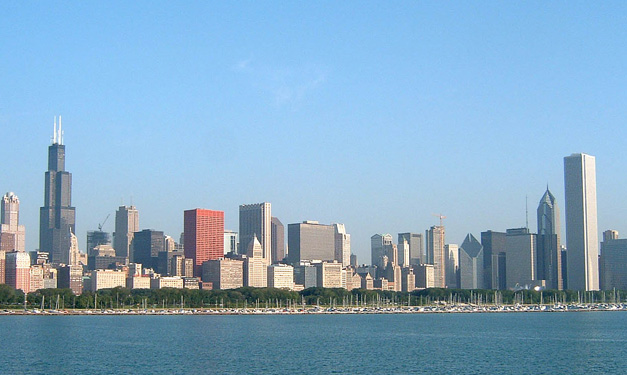 With a population of nearly 3 million, it’s not surprising Chicago offers world-renowned museums sure to thrill your kids. But with so many people and cars, why not leave your car (not to mention traffic and parking headaches) at home and make getting to the city part of the fun?

Amtrak has stops in various southeast Michigan cities and whisks you to Chicago in just under five hours. For a family of four, the fare ranges about $80 to $200,* depending on your departure town – and whether you leave during the week or on the weekend (which is pricier).

Once there, you’ll be in the heart of the city at Chicago Union Station. Head to the shore of Lake Michigan, where you can choose from three museums close together: The Field Museum, Shedd Aquarium and the Adler Planetarium and Astronomy Museum.

Containing more than 22,000 aquatic animals, this aquarium is sure to fascinate your kids. Multiple large tank displays give your kids a water’s-eye view of marine life they’ve only read about: Peek at tropical fish in the 90,000-gallon Caribbean Reef display, wave at beluga whales and dolphins, and stare at the sharks inside the 750,000-gallon Wild Reef exhibit.

Roam around a renovated 1930s planetarium to get a sense of astronomy’s history. You’ll find sundials, antique maps and star atlases. After your history lesson, get a more modern view of the stars by taking a virtual space journey at the StarRider Theater.

Although the movie Night at the Museum took place in New York City, you’ll get a sense you’re walking right into the flick at this museum. Noted as one of the world’s top museums of natural sciences, you can peruse hundreds of collections, from ancient Egyptian artifacts to displays on Native American cultures and the most complete Tyrannosaurus rex in the world.

After your kids have learned about stars, water mammals and natural history, head to Grant Park, which is located next to the museums. In warm weather, visitors often walk north from the museums to Navy Pier where there are shops, miniature golfing and plenty more to do (even a Ferris wheel). The stroll is almost two miles, but the lakefront views are worth it.

If you’re not up for a walk, or the weather is crummy, take public transportation or a cab to the pier. Cab fares will vary, but should cost around $10 for the trip (and that’s cheaper than paying to park in most places).

Located within Navy Pier, this museum begs your children to touch, try out and explore. Pretend to be a pirate in a three-story schooner, or play in Kids Town, a child-sized city.