These three locations – in Detroit, Cincinnati and Memphis – let visitors to immerse themselves in African-American history in honor of Black History Month in February. 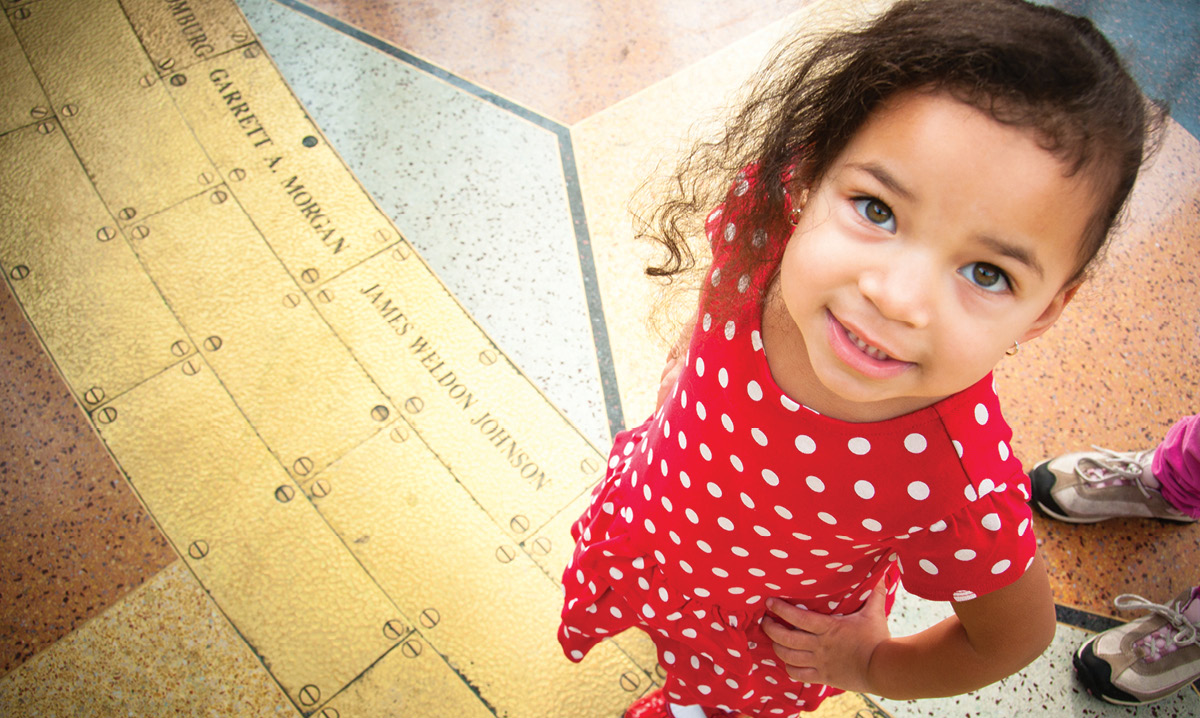 For more than 50 years, the Charles H. Wright Museum of African American History has taught its visitors about experiences and culture. Under its massive dome – you can’t miss it from the nearby Michigan Science Center – take your time visiting various exhibits. The first is right underfoot. The colorful floor, called the Ring of Genealogy, illustrates the struggles of African-Americans throughout U.S. history, from slavery to present day. Names of prominent leaders and influencers are added in bronze nameplates surrounding the main design each year.

For first timers, youth program coordinator Yolanda Jack says, a visit to And Still We Rise is a must. “This exhibition encapsulates much of our history in an unforgettable way.” The multi-sensory immersion lets you step through the early history of civilizations in Africa before charting the bondage of those brought to America.

“Our history is eons long; it is complex and deep,” Jack says. “We have offered much to the world and have continued to make impact on many stages: economic, political, academic, popular culture and other areas.”

Younger children will enjoy the A is for Africa area with 26 interactive stations for each letter of the alphabet to guide visitors through African-American history.

Towards a Better Future

Set in Cincinnati along the Ohio River – which once separated free and slave states – the National Underground Railroad Freedom Center aims to educate and inspire dialogue. Families gain a better appreciation of African-Americans’ contributions to U.S. history, says interim museum director Tara Riley, and a deeper understanding of the underground railroad and the heroes that made it possible. “An often overlooked but impactful exhibit is our Eternal Flame,” she says. “(It) represents the importance of freedom – from the era of the underground railroad to contemporary times and beyond.” It’s on the third floor just past the From Slavery to Freedom exhibit.

History of a Movement

The campus of the National Civil Rights Museum at the Lorraine Motel in Memphis, Tennessee includes several buildings that figured prominently into African-American history and the fight for equality. The tour begins at the original motel, where civil rights leader Martin Luther King Jr. was assassinated in 1968. The exhibits seek to tell the story of racism, discrimination and diversity.

At Roeper, the Mission Statement Informs a Compassionate Community

Oakland Schools VLAC is a Smart Choice for At-Home Learning