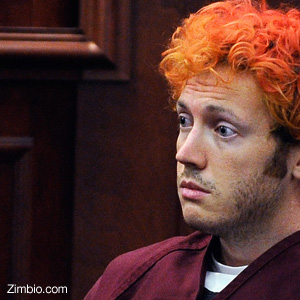 The shooting in Aurora, Colo. at the premiere of the newest Batman movie was a shocking and horrific event that turned a favorite American pastime into the scene of a massacre.

You've probably talked about it with your friends and coworkers. But what about your kids?

Many children are being bombarded with information about the event from everywhere – the news, Internet, friends, school, social media – but the most important things for them to know also needs to come from home.

Dr. Joel Young, a Beaumont Health System psychiatrist and medical director for The Rochester Center for Behavioral Medicine, says media images are so omnipresent that children are confused with such gruesome images and stories. In general, he says, kids do better when parents explain complicated and scary things to them.

"It usually is very comforting to children when parents anticipate their anxieties," Young says.

Naturally, how you approach the situation depends on the age of the child. For younger children (early to middle elementary school age), Eric Herman, clinical psychologist at the DMC Children's Hospital of Michigan in Detroit says that if they don't mention the issue themselves, then it's probably best to not bring it up – as most younger children may not even be exposed to the event at all.

If a young child does ask, though, it's good to approach the subject carefully.

"If they asked a question, I would try to clarify the question – what exactly is it that they're asking? I would only try to answer that question in an age-appropriate way," Herman says.

It is much more likely that older children (late elementary to middle school age) will be exposed to such events. Since they're more mature and equipped with cognitive ability, Herman says parents can help them understand that tragic things happen in life – and sometimes there is very little we can do to protect ourselves.

"You're beginning to try to help them understand some of these things, which, in reality, adults don't even understand," he says.

In addition to reassuring your child that horrible events like the shooting don't happen every day, you need to also let them communicate what it makes them feel and think

"Find where they are with it before you do too much talking yourself," Herman advises.

Teenagers, most assuredly, will be aware of the events in Colorado. Parents should still offer opportunity for kids this age to talk about the event – and what they're thinking and feeling. With adolescents, however, Herman says, parents begin to talk about their feelings ("Why do these things happen? How are we supposed to cope?") and get to the core of some values and ideals.

"For the older kids, it's real important that they understand that events like this are caused by more than one thing," Herman says. "It's not just psychiatric problems or just gun control law or just the media."

Media impact on the gunman?

Reports that the alleged gunman had bright orange hair and referred to himself as The Joker have also has raised some concern about the effects and impacts of movies with violent characters and images. Herman says that the alleged shooter's actions were most likely not a direct result of the Batman series.

"It definitely has to be a mix of things. Batman didn't make this kid do it. That's just way too simplistic," he says. "It could have been any other movie or any other character."

Although there are correlations between violence in media and aggressive behavior within vulnerable "at-risk" youth, this doesn't mean that the shooter's actions were specifically motivated by the violence in the movies. Young does not see this tragedy as a direct result of the media.

"I would tend to think that these terrible, violent events probably are not related to violent culture, directly," Young says. "I think this is a function more of mental illness."

For the most part, children probably won't be very affected by this second-hand trauma. But, if your child does start to express negative feelings or responses to the event, it is important to address it – and not let it turn into a bigger fear or phobia.

"When children start developing phobias or avoidances, the proper response (is) to minimize that," Young says. "Children should, either with parents or therapists, gradually expose themselves to anxiety-causing situations."

Here are some more recommendations for parents from the National Institute for Mental Health to help children who've experience first- and second-hand trauma: 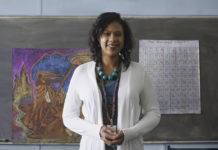 Why Honoring Diversity Is the Best Educational Path 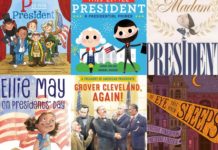 What You Should Know About Selling Your Elderly Parents’ Home