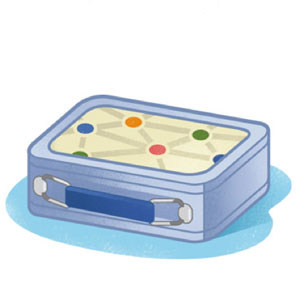 By now, we're pretty familiar with cyberbullying. The social networking sites teens frequent can be a hotbed for bullying activity. Photos, statuses and comments can be used to harass and demean users.

In an effort to stem this behavior, the social media website Facebook is trying out a new way to lessen bullying – both on the web and in person – by introducing its Bullying Prevention Hub page.

The resource includes sections aimed at teens, parents and educators, packed with conversation starters for each group, advice on "what to do when," ways to approach a friend or your child if they're being bullied or are bullies, and even the list of Facebook security tools that can benefit a bullied teen.

There's also a video story of another teen, a freshman on his school's varsity soccer team, who was bullied with photos on Facebook.

Facebook's new anti-bullying page, however, comes at a time when teens are losing interest in Facebook, according to a May Pew Research Center's Internet & American Life Project study. National Public Radio reports Facebook's chief financial officer, David Ebersman, spoke to analysts last week and told them the site has seen a decrease in teen users who visit the site daily.

Outlook for the resource

Kimber Bishop-Yanke, founder of Girls and Boys Empowered – now known as Kids Empowered – in Birmingham works with southeast Michigan teens and parents on different types of bullying at her organization. Social media tools, including texting, often play a big role in bullying, she says.

Facebook's addition of a new Bullying Prevention Hub is "a positive thing," Bishop-Yanke says, and she gives kudos for the video story.

"I like the video of showing real people, showing a real story. I think that's huge," she says. "So I would love to see more of those videos of real stories."

But she does have some issues with Facebook's new addition. The video story on the page has some flaws, she points out.

"One, you're talking about a high school kid who is on the high school varsity soccer team," she says, noting this isn't a realistic representation of somebody who is typically the victim of bullying. The second problem, she explains, is the group of teens in the video who stand up for the boy. In many situations, "people are silent about this," she says, which is one of the problems with bullying.

But, with the page in general, she says, "What I see as the negative is that a lot of teens are not so much on Facebook. So the target audience may not be reached."

Although there are teens and parents on Facebook who may use this resource, Bishop-Yanke fears it will be utilized after kids are in the weeds. Bishop-Yanke stresses parents need to discuss bullying with their child before it becomes a major problem for them.

She encourages parents to show their kids this new Facebook resource. "It can be a conversation tool." She notes parents should "be having the conversations with their kids about what they can and can't do online," and also about breaking their silence when it comes to bullying to say, "Let's stand against this."

A warm stack of flapjacks with butter and syrup really hits the spot any time of day (or year!). Get your fill at these southeast Michigan pancake spots.
Read more
Advice

Want to change your workout routine in 2022, but don't know how to find personal trainers in metro Detroit? Here are some pros in Macomb, Oakland, Washtenaw and Wayne counties.
Read more
Advice

New Michigan Laws for Families in 2022