First-Born Kids Are Smarter, Do Better in School 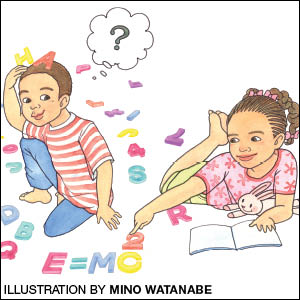 Oprah Winfrey, J.K. Rowling and Bill Clinton have one thing in common: They were all first-born children. And if you've read about the studies on birth order, their success is no surprise.

In fact, there's loads of research that shows that first-born children do better on IQ tests, are less likely to do drugs or get pregnant as teens – and just might have a higher chance of becoming president of the United States than their younger siblings.

A new study from the National Bureau of Economic Research adds another piece to this complex puzzle. Titled Strategic Parenting, Birth Order and School Performance, it takes a closer look at birth order and the level of discipline that parents impose on their children.

"Our (study) was to sort of look at an idea that parents might treat kids different by birth order," says V. Joseph Hotz, arts and sciences professor of economics at Duke University and co-author of this study.

Hotz, along with Juan Pantano, an assistant professor of economics at Washington State University in St. Louis, looked at data from female respondents who were actually members of a previous study – the National Longitudinal Survey of Youth, which began in 1979 – as well as their kids.

Women were interviewed if they had more than one child in their family. Their children, between the ages of 10 and 14, were also interviewed during this process.

In addition to looking at the GPAs of each child, researchers asked parents to respond to different scenarios including: Suppose your child comes home with a bad report card. If it happened, what would you do? Would you monitor homework more?

"The same mothers said they would be more likely to impose restrictions – punish the older child," Hotz says.

Kids were asked questions such as, "Do your parents monitor your homework? Do they post restrictions on screen time?"

The oldest child, Hotz says, was much more likely to have their screen time monitored.

Through the research, the authors concluded that parents were stricter with their first-born children when it came to poor school performance.

"The idea, though, is after a while, parents get tired of punishing their children and they may be more lax," Hotz says, and the rate of discipline drops 5 percent per kid.

Also, he notes, being strict with the oldest is sometimes a parental tactic to deter younger siblings from letting their grades slip.

But when it comes to school performance, Dr. Deepak Prabhakar, a child and adolescent psychiatry expert with Henry Ford Health System in Detroit, says, "It's actually a function of nature and nurture."

Some kids will naturally do better in school, he says, but parents have to nurture all of their children.

"Each and every individual kid is unique and very important," Prabhakar says – and they should all be treated equally. "All kids have their needs, regardless of their birth order."

If you're tougher on your first-born than his or her younger siblings, there could be negative outcomes, especially if a parent uses consequences and negative strategies to discipline kids. This is why delivery is everything, Prabhakar says.

He suggests using positive reinforcement and paying attention to desired behaviors – as opposed to focusing on all the things your child is doing "wrong."

"Provide that positive reinforcement across the board," he says.

Also, be prepared to adapt to the needs of each individual child. Those needs vary by child.

For example, consider the gender of your kid. Girls mature faster and may require less discipline, he says.

And remember: Don't fret when it comes to your younger kids.

"What we have to also take into account is that it doesn't mean that the second and third borns are not just as successful," Prabhakar says. "For every Albert Einstein, there is a Charles Darwin – who was not a first-born."