I Love Being Married to a Sloppy Guy 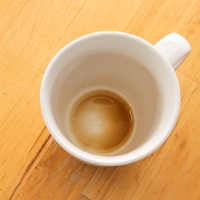 I often hear tell of scary mixed marriages, in which the wife is normal and doesn’t place her whole self-worth on something as silly as neatness, yet the tidy husband is so persnickety he might just as well have married a housekeeper.

(I don’t mean to sound judgmental, but sometimes we have to look at other people’s situations to feel better about our own. I mean, isn’t that what reality TV is all about?)

OK, so I’ll put it delicately. My husband is a bit of a slob. (The "bit of" was the delicate part.) Bill’s office at work is legendary. Strange toys that amused him 20 years ago dangle from strings on the walls (still in their original packaging), all manner of broken and to-be-fixed electronic gear litters the floor, nametags from decades-ago conferences hang from lamps, suitcases clog aisle-ways, stacks of papers cover the sofa. It certainly is a good thing he’s the boss. His boss wouldn’t stand for it.

People visiting the company always stop by his office to gawk, as if it’s the big highlight – the exciting horror show element of a boring office tour. And I suspect they often leave some personal little piece of junk behind, like a hopeful prayer note left at a Japanese Shinto shrine, because how could one man have possibly accumulated so much crap on his own?

And sure enough, his little office couldn’t have carried the burden of so much debris forever. In the five years since we moved into our current house, his office junk has spilled over into our home, literally stacked two-feet high on his desk, taking up its rightful place near his dirty sock pyramids and three-day-dirty coffee cups hidden throughout the house.

But I don’t complain.

How can I complain? I’m the one allowing the coffee cups and socks to stay where he flings them for days at a time. I admit it. I’m kind of a slob, too. It sounds quite sad and unseemly, I’m sure.

I often wonder if both of us didn’t make a mistake, marrying too close to our own slovenly kind. But then I’ll catch wind of a story about a neat husband and thank my lucky stars!

Last week another mom at my girls’ school told me she’ll wear any old thing to the grocery store (right on!), but her husband makes sure he looks smart, tidy and well-coifed before hitting Kroger for a few ears of corn. Then she added that every morning before going to work, he reads off HIS list of what SHE needs to get done that day. The very idea made me break out in a sweat. It took me back to another woman who told me once, unbidden, that her husband wouldn’t let her have a dog even though she really wanted one. "He said that since I couldn’t even take care of the house, I certainly wouldn’t be able to take care of a dog," she shared.

At those moments, I sit in my messy domicile, hugging my muddy-pawed puppy, and think how wonderful it is that with all of the crazy neat people out there, my husband and I somehow found each other.

And if he’ll keep his mouth shut about tripping over the six baskets of clean laundry still waiting to be sorted and put away, I’ll say nothing of the moldy coffee cup from last Christmas I found under his side of the bed.