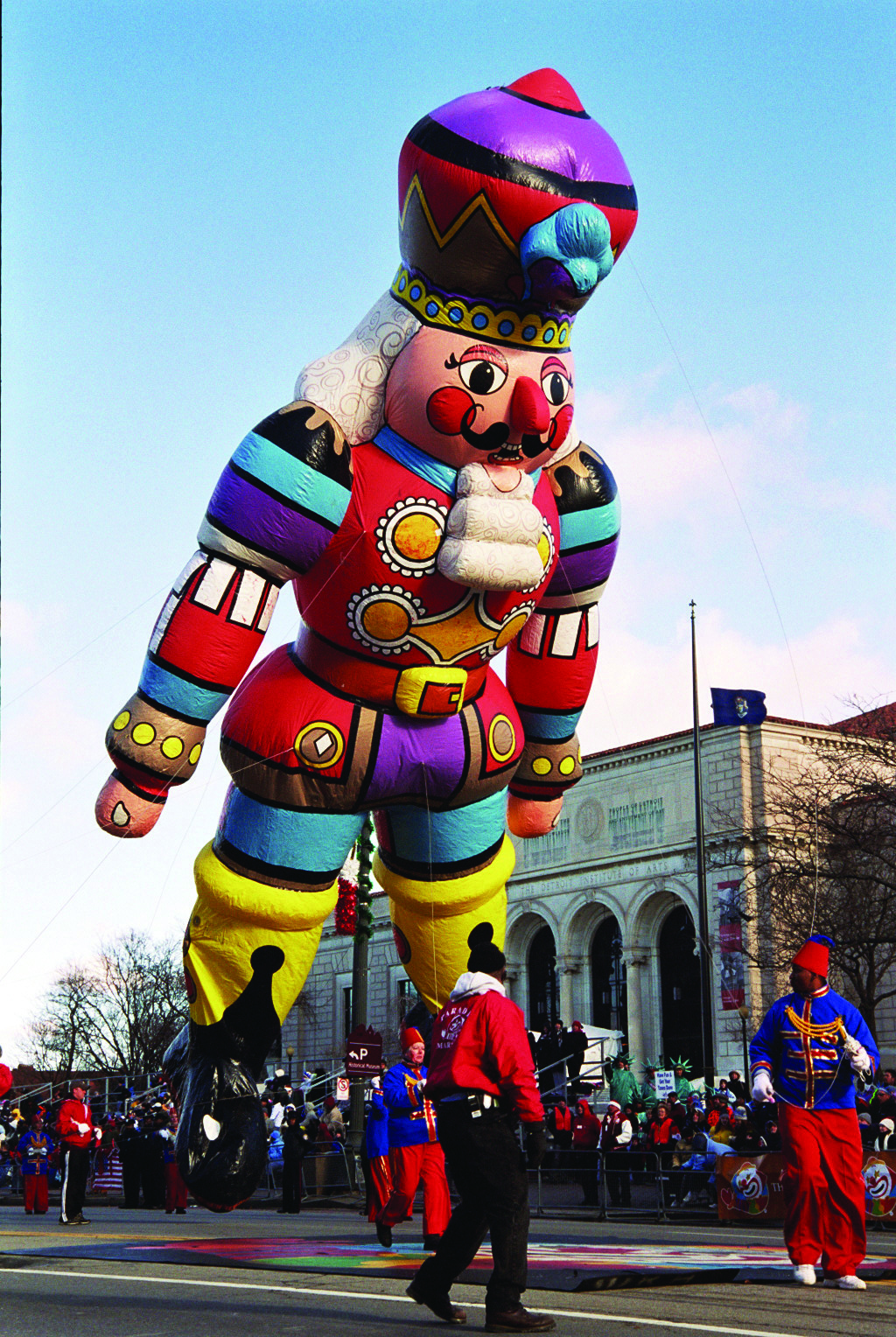 When I was a kid my mother rose early on Thanksgiving morning to wrestle with the turkey and jam it full of thyme-scented stuffing. As the turkey roasted in the oven, the house smelled of that heavenly thyme all day long.

Back then, we only had eight TV channels and all attention was on the one showing the Hudson’s Thanksgiving Day Parade, with its school bands and toy commercials. My siblings and I screamed with excitement when Santa appeared on his sleigh, ushering in the Christmas season.

My dad was seldom around, but mom was amazing and managed to get everything on the table by herself, including the crispy turkey, creamy mashed potatoes and her fabulous stuffing. To this day, anytime I get a whiff of thyme, I’m right back at that happy table.
But those were the olden days.

Today, my 6- and 8-year-old daughters have little interest in watching the Macy’s-Target-American-Whozit’s Parade that plays on one of our 120 channels. They’re too busy with the Disney Channel or the Internet. But I can’t really complain. I’m hardly the ideal Thanksgiving mom myself. I simply don’t love the requisite cleaning or cooking.

Yet nearly every Thanksgiving I end up hosting my family for the big meal. I try to get out of it, begging my mother or sister Cathy to host, but the bird duties always land on my doorstep. They say I have more space and somehow that makes it fair. Yeah, right.

The only saving grace is that while I have to clean my house, dig out the dusty platters and buy the food, at least it’s not my elbow poking out of that turkey’s hiney. Cathy and mom come over and play Top Chef in my kitchen. I focus my limited skills on shooing the cats off the table and my two specialties devilled eggs and mashed potatoes.

But this year I had a new idea. Why not go out for Thanksgiving? There’s absolutely no downside. We can get all dressed up and pay some debonair waiter to ply us with food and drink till we can barely move. The only hard work will be lifting our overstuffed bodies from the restaurant table and squeezing them back into the car. What difference does it make? We hardly have a Thanksgiving tradition of our own.
The idea was a hit. My mom declared her turkey days over. My husband was thrilled I wouldn’t be my grumpy Thanksgiving self. Even my sister was beginning to weaken, when I suddenly changed my mind and decided to do Thanksgiving after all.

Blame it on my daughter Patti. Apparently in her eight years on the scene, she’s decided we’re steeped in Thanksgiving tradition.

Our tradition is my coaxing them to watch the parade. It’s having Grandma and Aunt Cathy argue and laugh with me while making a mess in my kitchen. It’s playing with their cousin Trese and chasing the cats off the table and even watching me insist their dad bring those darned chairs up from the basement, NOW.

And it turns out that Patti loves my devilled eggs as much as I love my mom’s thyme stuffing. Patti begged me to have Thanksgiving at home.

So I’m doing Thanksgiving. And since mom says she’s retired from turkeys for good, I have to cook it, too. But that’s OK. Now I know I’m making more than just a meal. I’m making traditions and memories that will stay with my girls their whole lives.

It’s a breathtaking responsibility, but one I realize I’m thankful for.