Yes, a healthy parent sex life is possible, and reigniting the spark just may make your family stronger. Here's what you need to know about having sex after kids. 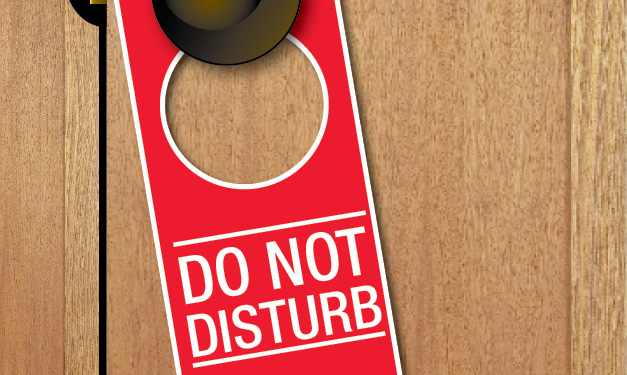 When Lisa LaGrou and her husband Glen, both 37, had their first child, sex became an afterthought. She nursed her baby throughout the night while juggling cooking, cleaning and working. So when it came time to have sex – wait, sex?

“We thought we prepared ourselves by understanding that it was going to be tough, but in actuality it’s not something you can prepare for,” the Rochester Hills mom of two says. Their energy was depleted, and Lisa admits to feeling like a “zombie.” Busy, overjoyed and frantic, there was no time for sex, Glen admits.

Back in the groove

Glen became the instigator, extending a flirty grab – or sometimes simply a hug – to get her in the mood. “I have heard that some moms found that (dads) doing a load of laundry or dishes was the biggest turn-on,” Lisa says.

And she’s right, according to Lori Hollander, an Ann Arbor-based sex and couples therapist. After suggesting a “date night” to one couple to ignite their spark, the female client gave a recap of their evening. Which included supper – for the kids.

“She was swooning over the fact that he made dinner for the kids,” she says, “and really this was just a burden on her plate. And so it was like, ‘My hero. He did this for me and I now have this room to just relax and breathe.’ She felt more attracted to him – and felt more attractive herself.”

Naptime for the kids meant get-it-on time for Lisa Lothringer and her husband. But not until the 10-week mark. Until then, there was no time. And little interest.

“After being pregnant, the last thing you wanna do is be touched for a while,” says Lisa Lothringer, 41, of Monroe County. But when her twin boys, now 11, began school, she and her husband, who works midnights, had hours alone together, without worrying about the kids hearing, or, worse, walking in.

“Try loud music and feel free to lock the door if the kids are old enough,” advises Kimberly Ford, the author of Hump: True Tales of Sex After Kids. “I have to think that the benefit of having sex outweighs the small chance that your young child would ever have any idea of what’s going on.

Getting there can be the hard part. But Ford argues that it’s worth it, because “making sex a priority can ease the very real struggles parents face.”

Flash to the past

For some, sex is like going for a jog, Ford says. It’s something you know you should do, but you don’t really look forward to it. She advises leery parents to consider the perks – positive marital results, stress relief and, of course, the sheer pleasure – even if it’s hard to make time.

For many couples, she says, a mini vacation can do more than give them a break from the kids; it can help them see themselves as more than a mom or a dad.

“The tricky thing (is) finding ways to maintain the intimate connection you re-forged even after you’ve returned home,” Hollander notes. She suggests dishing out kudos (beyond “you’re a great parent”), notice a new outfit, hairdo or jewelry.

How it affects the family

To keep a relationship, and even a family, afloat, sex can be as important as discipline, says Ford. And even if reviving pre-kid sex isn’t realistic, Hollander adds, finding a deeper sexual connection is entirely possible, and can be good for the whole family.

“The grown-ups need to be happy in who they are as individuals and as a couple and know that their marriage is sold and strong,” Lothringer says. “That just trickles down to the kids. If I’m feeling more confident in who I am, … I can better take care of my children.”

Ford, in Hump, professes to a changed sex life; after kids, she finds it more interesting and gratifying. And boosting the bedroom time for other parents, she says, increases intimacy, nurturing and, especially, spousal admiration.

“I definitely appreciate it more now, especially when we have a lot of time and we’re not feeling rushed,” Glen LaGrou says. “Her lingerie drawer doesn’t get used like it used to, but it makes me appreciate it that much more now when it does.”