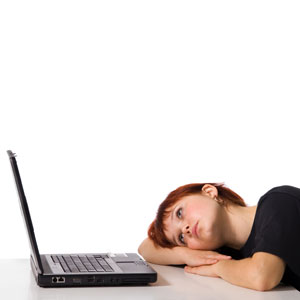 Teens aren't as excited about Facebook as they used to be, according to a recent study by Pew Research Center's Internet & American Life Project. With a growing number of adults – including their parents – using the social networking site, coupled with an increased awareness of who is seeing what they post, adolescents don't find Facebook so great anymore, the study found.

"I feel like I kind of just have a filter in my brain," a 13-year-old girl said when interviewed for the study "Teens, Social Media and Privacy." "I just know that's not a good idea (to post revealing content)."

A 14-year-old girl told the Pew researchers, "My dad said 'if you're going to have a Facebook, I want you to be friends with me so I can see what you're doing.' And he admits to it, he stalks me on Facebook."

What else did Pew find about teens and their use of social media? Here's a breakdown.

The major findings? First, aside from adults hanging around the site, researchers found that teens don't like the details people share on Facebook or "drama" caused on the site.

More parents are joing social media sites to keep tabs on their kids. Read about the trend.

The number of teens who are friends with their parents on Facebook is high considering that is one of the reasons teens are beginning to dislike the site. Those interviewed for the study had mixed opinions on befriending their parents.

A 16-year-old told researchers he "didn't want to accept her (his mom's) friend request."

"But I knew I had to, because I would've gotten a lot of crap for that if I just didn't," he admitted.

Yet some teens were fine with their family monitoring their activity on the site.

"Yeah… My mom and my uncle are on Facebook," another 16-year-old boy said. "And I'm glad they're on Facebook, so they can kind of keep an eye on me. I mean, they tell me I'm a good kid, but I know they're always watching."

Although teens are able to control their privacy settings, surprisingly, only 5 percent of Facebook users adjust their setting to control what their parents can see, the study found.

The type of privacy settings teens choose vary quite drastically based on which social media site the teen is using, too.

On Facebook, a majority of teens are setting their privacy settings to allow only those accepted as "friends" on their page to see their profiles. The study discovered that in the 12- to 17-year-old age group, 60 percent of Facebook users set their profiles to private, while 25 percent have their pages partially private. Only 14 percent stated their profiles were completely public.

The privacy settings teens set for their Twitter pages are very different, however. Pew reports that the majority of teens with Twitter accounts, 64 percent, make their tweets public.

Teens are clued in to posting damaging information on their profiles, though – whether as status updates on Facebook or tweets on Twitter. Fifty-seven percent of adolescents said they decided against posting something on the Internet "because they were concerned it would reflect badly on the in the future," the study's authors report.

Yet despite their lack of zeal for Facebook, teens continue to use the social media site. According to the Pew study, 94 percent of the teen social media users questioned have a Facebook account – and many teens keep their accounts just to feel included.

While interest in using Facebook wanes, based on the Pew study's findings, Facebook remains the social media site they visit most often.