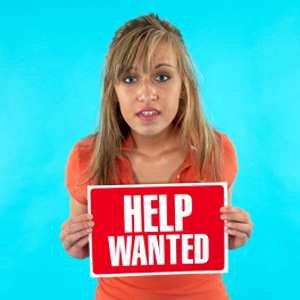 School is out, which means teens are looking for something to do. If they're searching for summer jobs to keep them busy, though, they are predicted to have difficulty.

Nationally, the job market for teens seems to be tough this summer for the fifth year in a row.

The teen unemployment rate has been high since the recession began in 2008, according to the Bureau of Labor Statistics' Monthly Labor Review 2010 "Teen Summer Employment" report. After the downturn hit, teens faced competition from adults and college graduates for entry-level jobs. Those gigs would normally be filled by teens, MLR reported, but due to the economic situation, adults have been taking on these jobs.

Is your teen looking for a job? Here's what parents should know about the laws and the search.

When faced with the choice of hiring a teen or an adult, many employers hire the adult due to their experience and availability – since teens usually work summers only and states set limits on hours they can work, Monthly Labor Review noted.

While in some places the unemployment rate for teenagers has increased from 2012 to the present, things are starting to look up in many states, finally seeing lower unemployment rates for teens since 2011.

Things in the Mitten State seem to be leaning toward a more promising future than that of other states.

Deborah Eason, a counselor at Farmington High School in southeast Michigan, says she has seen an increase in the number of students landing jobs. Eason thinks this is partially related to how the economy is impacting their parents.

"Families are not able to provide to them (things like new cars and extras)," she says. "Things are no longer being handed to the teens, (making the) kids realize they have to work for those things."

Still, such a high unemployment rate for teens could affect their future.

If your teen is ready for a job, help give him the edge: Check out our tips and advice for parents and teens to help find the right gig.

According to the Employment Policies Institute, teens are missing out on important career experience that teens would get from a summer job.

"Research also shows that part-time employment has a positive effect on future career earning," EPI wrote. With this, it seems pertinent that teens land a summer job.

The money your teen earns at her summer job is not the only thing she is gaining; summer jobs offer teens a chance to develop skills that will be useful in the future – when entering college or beginning a career.

Teenagers will learn money management, which is beneficial to put cost into perspective. They also improve in their social skills, The St. Louis Post-Dispatch notes. In their futures, it will be necessary to have good interview skills – especially in college acceptance or landing a career down the road.

In addition to responsibility, teens learn time-management skills, which are essential in balancing their time between taking care of the home, the Post-Dispatch says, and maintaining friendships and relationships along with being successful at work.

With the unemployment rate for teens on the decline this summer, encourage your kid to put in effort to land a summer job.

Here are a few tips Today offers to help your teen secure a summer job: