The Michigan V-word Controversy – and Talking to Your Kids

Rep. Lisa Brown's use of the word 'vagina' sparked debate in Lansing and beyond. When it comes to your children, how do you have the 'private parts' conversation without feeling dirty or weird? 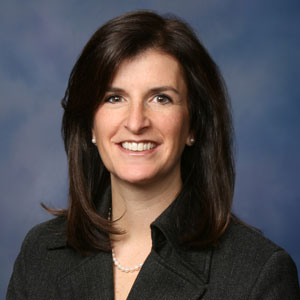 Who knew the female anatomy could get so much negative attention?

The “v-word” backlash began two weeks ago, when Rep. Lisa Brown (D-West Bloomfield) used the anatomically correct term as she addressed a bill on abortion on the Michigan House floor.

In her debate, Brown said, “Finally, Mr. Speaker, I’m flattered that you’re all so interested in my vagina, but ‘no’ means ‘no.'”

No dropped jaws or gasps followed the statement, but the lawmaker was temporarily barred from speaking in the state legislature on Thursday, June 14 – causing outrage on television and the Internet.

Many people were disgusted by the House’s reaction to her comment, while others believed that Brown was out of line for her use of the word.

In a FoxNews.com article, Rep. Rick Johnson (R-LeRoy) – who was House Speaker until 2005 – said, “That comment would be very inappropriate. You have young children? Is that something you want them to hear from your state rep?”

Whether you agree with that sentiment or not, teaching kids about their anatomy is imperative. But for so many parents, this conversation can be embarrassing. So, when it comes time for the talk, here are some ways to ease the awkwardness.

“At around 18 months, we start to make sure the children know about their body parts,” Leff says.

It’s appropriate to use the term “private parts,” as well as “penis” and “vagina,” when talking to kids. But she advises parents to use these terms only if they feel comfortable.

“When talking about these parts, try not to giggle, laugh or act embarrassed – because your child is taking cues from you. Take these questions at face value and use these as teachable moments to provide direct and age-appropriate responses,” Leff says.

For parents who still feel uncomfortable using the anatomical terms, Leff says it’s OK to use other words, but still important to teach kids the correct terminology as they grow – and avoid nicknames.

Around ages 3 and 4, kids will begin to question the differences between boys and girls – primarily during bath time. Leff suggests stating, “Boys and girls are made differently. Boys have a penis; girls have a vagina.”

Be clear and direct with your children – and do your best to work past the anxiety of the conversation.

Jennifer Lavender-Schott, a mom of two from Ferndale, doesn’t have a problem using the word in front of her kids when talking about body parts.

Lavender-Schott’s children, Violet, age 7, and Owen, 5, initiated the conversation after noticing the differences in their bodies during bath time.

While she admits that conversations like this can be tough, it was important to her that the children felt comfortable and had a better understanding of their bodies.

“I think a big part of the taboo surrounding our private anatomy is from society telling us we should be ashamed of (it), or that those parts are only for sexual acts – when that is just not the case,” she says.

“Yes, they are private pieces of anatomy and we don’t want to display them for everyone to see,” she adds, “but there is nothing wrong with saying their names and having comfortable conversations with our children regarding their purposes and care.”

Lavender-Schott suggests that parents prepare themselves from early on for this conversation – which can tend to pop up without warning.

It ultimately comes down to being comfortable enough as adults with words like “vagina.” No need to refer to the female anatomy as a “little bird,” “tinkle” – or any other euphemism you can come up with. Be confident. Be comfortable, and that will help your kids be comfortable with their bodies, too.