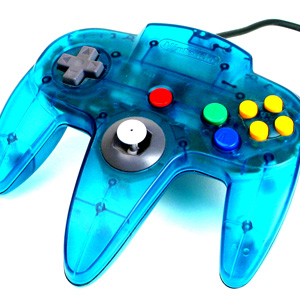 Although there have been many reports about the negative effects of kids playing video games, there's a flip side to every coin.

A new study released by Italian researchers at the University of Padua indicates that there may be a definite positive association between video games and kids with dyslexia.

Researchers split children into two separate groups to analyze the effects of action-oriented video games versus non-action video games. All of the children had dyslexia, evenly matched in skill levels, and each child was tested in reading, phonological and attention skills before and after the study.

The results of the study show that children who played the action video games had significant increases in reading speed. Playing 12 hours of video games revealed more improvements than "one year of spontaneous reading development" and an equal amount of improvement when compared to "traditional reading treatments."

Some parents commented favorably on the topic in a New York Times article, agreeing that video games were instrumental in helping their children learn to read.

However, in a U.S. News article, one of the study's, co-authors, Andrea Facoetti, cautions that this isn't "do-it-yourself" training; it's a "tool."

Ann Beatty, director at the Michigan Dyslexia Institute, Inc. in Berkley, says that for the time being, she and her colleagues are viewing the study with healthy skepticism – but interest.

"A lot of things come up over the years. Some pan out and some can't be replicated," Beatty, 59, says.

When asked if she noticed this effect in the children who attend MDI, Beatty noted that they've "never had a shortage of kids that play video games," but she says she's not sure if improvements can be related to this factor.

However, the potential has people's ears perked.

"If something would be of value, we'd be thrilled to pieces," Beatty says.