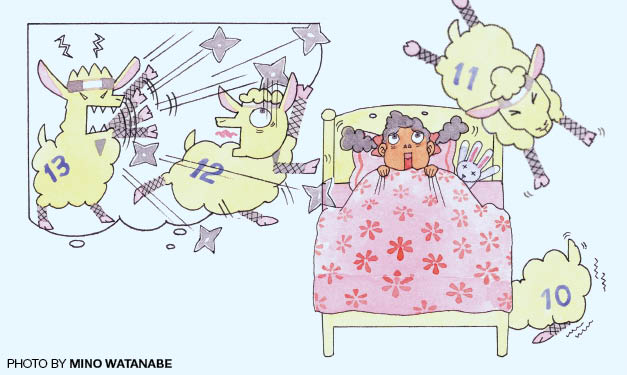 Is your toddler or young child crazy about cartoons? Do they often act out their favorite scenes or character? A new study suggests that cartoons specifically targeted at young children may cause problems when it's time for your child to go to sleep. The Seattle Children's Research Institute's most recent study, which was published in Pediatrics might have you re-thinking some of your child's favorite TV shows.

What is considered violent television might surprise some parents. "Bugs Bunny counts as violence in this study, and so does Batman and so does Pokémon," study author Michelle Garrison told ABC News. "Slapstick funny violence in Bugs Bunny or superhero violence in Batman or more realistic violence – we didn't see a difference in terms of the impact on sleep."

These are all shows specifically targeted at children, but in the study, kids who spent just 19 minutes watching animated violence before bed had a harder time falling asleep, were more prone to nightmares and had more difficulty waking up than those who did not watch violent programming before bedtime.

Previous studies have demonstrated a connection between screen time and sleep issues, but this study is notable in that it showed that specific kinds of content can have a more impact on kids' sleep habits.

In the study, the parents of more than 600 kids ages 3-5 kept sleep and media diaries, reporting their children's screen consumption and sleep habits. The kids had an average of 73 minutes of TV and computer time per day, which is below the average of 2 to 3 hours of screen time of kids in this age group that previous studies have found. Kids with TVs in their rooms watched an additional 40 minutes of programming, on average, compared to kids with no TVs in their bedrooms.

"Media use is a big concern for pediatricians across the country. There is a worldwide increase in media use for this age group (3-5), and it can create aggressive behavior and interfere with the child's natural development," says Dr. Lokesh Guglani of the Pediatric Pulmonary Medicine department at DMC Children's Hospital of Michigan.

Guglani also says that children under age 2 should not be allowed to watch TV – period. While children ages 2-4 should really only be allowed 1 hour of TV a day. These guidelines are in keeping with those recommended by the American Pediatric Association, which advises parents to severely limit TV time for kids under age 2 if not abstaining entirely.

According to the National Sleep Foundation, toddlers should engage in calming activities in the hour or two before heading to bed. Bedtime routines that include reading, a bath, a lullaby or cuddling are more relaxing and therefore more likely to help young children fall asleep, stay asleep and have a good night's rest.