Girls in Boy Scouts: The Changes Happening in Metro Detroit

After 100-plus years of being boys-only, things are changing. Here's how the 2018-19 transition of letting girls in Boy Scouts is going in metro Detroit. 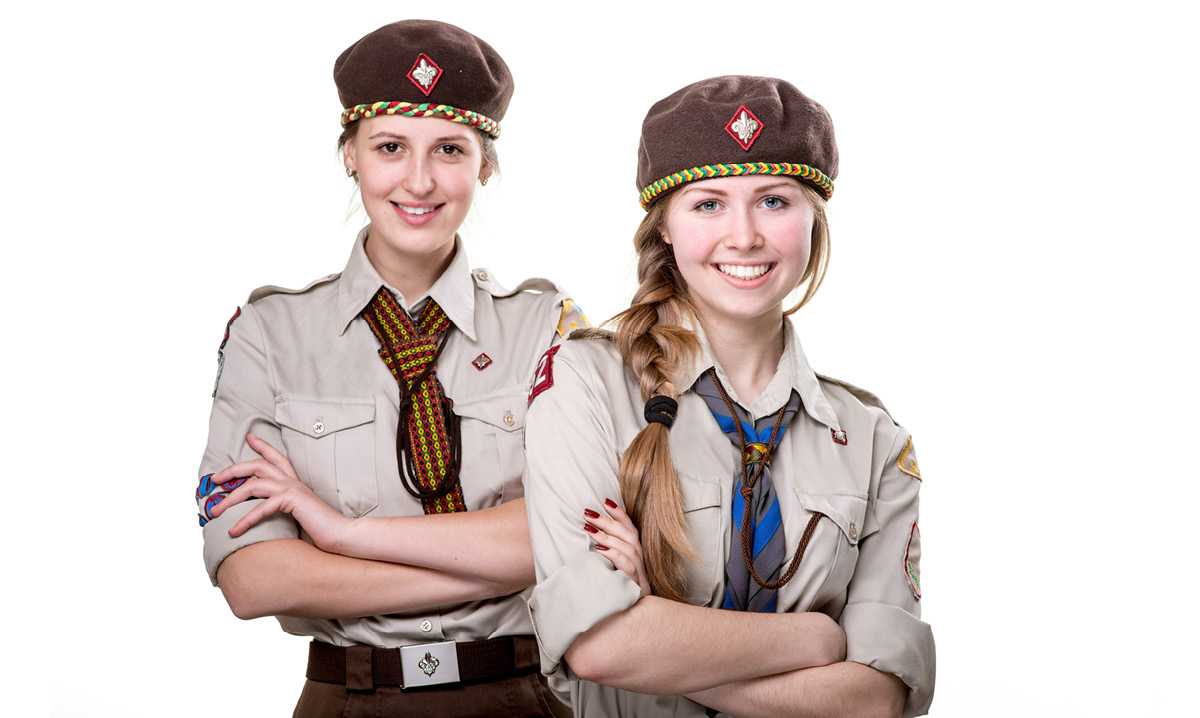 Courtney Enhis, a 7-year-old from Dearborn, has always been in the background of her 9-year-old brother Cody’s Boy Scouts pack. She would attend the Cub Scout meetings and festivities with her family, but now that the organization is welcoming girls in Boy Scouts, Courtney has actually joined.

For more than 100 years, the Boy Scouts of America was only for – well, boys. But, as of October 2017, that changed, with girls officially welcomed into Cub Scouts in June 2018 and into Scouts BSA, as Boy Scouts is now called, of as February 2019.

Currently, under the Boy Scouts of America umbrella, all youth in grades K-5 can join Cub Scouts, while all youth ages 11-17 can be part of Scouts BSA. Co-ed Venturing and Sea Scouts are available to teens and young adults ages 14-20.

Why the change? In part, the organization noted that families are already busy – and having their sons and daughters part of the same group would make things a bit easier. Others note it gives a broader range of options to girls.

Here’s a local look at the transition of letting girls in Boy Scouts.

In her role as the family program champion for the metro Detroit area, Tricia Meade has been providing packs and troops with the information they need to make the transition to bring girls in Boy Scouts as smooth as possible.

“My team and I are making presentations, answering questions and sharing information with our local volunteers so they have the information they need to be successful and make sure that our new members will have a great experience in Scouting,” Meade says.

Her two sons excelled to the highest honor in Eagle Scouts, so she says she knows how great the organization is because it has molded her sons into the men they are today.

“The mission of the Boy Scouts is to prepare young people to make moral and ethical choices through their lives by instilling the values of the Scout Oath and Scout Law,” Meade says.

“On a daily basis, this means while they are having fun, they are also learning responsibilities to help them become independent, responsible adults.”

Girls now have that chance, too, starting as young as 5 years old in Cub Scouts and, as they get older, in the rebranded “Scouts BSA.”

“So in Cub Scouts, while my sons were building pinewood derby cars, going camping, doing archery or visiting the fire department, they were also learning safety and responsibility, how to work with a team, and gaining a sense of confidence that comes from real accomplishment,” Meade says.

Among the earliest local Cub Scout adopters in June 2018 was Pack 1112 in Dearborn.

The committee chair of the pack is Neil Enhis, Courtney’s dad – who has been part of the organization for 20 years. It’s easier for him and his wife, Lori, to have their kids be a part of the same organization. This way, they never have to divide their time against the two organizations and they can all be together.

“The girls are loving it and having a good time,” he says of the change. “No problems with families. They all think it’s a good idea.”

The first girls to “join” have always been involved in the program because their brothers are Boy Scouts. Most families come together to the monthly pack meetings and the girls have always been allowed to participate in the activities there.

“It kept families together and that’s what kept our pack so strong,” Enhis says. Having the daughters officially join will only strengthen their packs, he adds.

Some other scouting programs have been co-ed for a while now, too. These include the aforementioned Venturing and Sea Scouts, along with Exploring and STEM Scouts.

Now, girls have the same opportunities as boys have when it comes to Cub Scouts and Scouts BSA – and, soon, and Eagle Scouts, also effective 2019.

“Having the girls around isn’t foreign to Boy Scouts,” says Marianne Simancek, president of the Great Lakes Field Service Council (GLFSC) for Macomb, Oakland and Wayne counties. “It just expands them to the younger age group.”

Both Boy Scouts and Girl Scouts focus on a badge system after they reach an achievement.

“There’s actually a great deal of overlap among the different badge skills, including camping, car maintenance, first aid, fitness, budgeting and even robotics,” an article in TIME notes.

“However, the Boy Scouts have some badges that focus on broader themes such as communication, which includes elements of writing, speaking and blogging among others. Alternatively, the Girl Scouts offer specific badges for things like screenwriting and novel writing.”

“Girl Scouts is the premier leadership organization for girls, period,” Yavonkia Jenkins, the chief marketing and communications officer for Girl Scouts of Southeastern Michigan, says. “No other organization does what Girl Scouts does for girls and we’ve got 106 years of proven success building girls of courage, confidence and character who make the world a better place.

“No other organization has the programming, the expertise, or the proven results of helping girls develop the skills they need to be leaders in today’s ever-changing, fast-paced world.”

“Girl Scouts is a separate organization and an entirely different thing,” Meade says. “It really shouldn’t affect Girl Scouts. There isn’t any reason they can’t do both.”

Some girls, like Courtney, enjoy Boy Scouts better, and that’s OK, too. Leaders seem to agree that the important thing is that girls are getting to choose which one they want.

“I’m very happy that the Boy Scouts are finally allowing the girls to be in great leadership roles,” Enhis says. “It’s a wonderful program and they now have great opportunities that only boys had before.”

This post was originally published in March 2018 and is updated regularly.