Local communications expert Lynne Golodner is tenacious – whether it's running her own PR firm or raising her four kids. Read on to see why she inspires us. 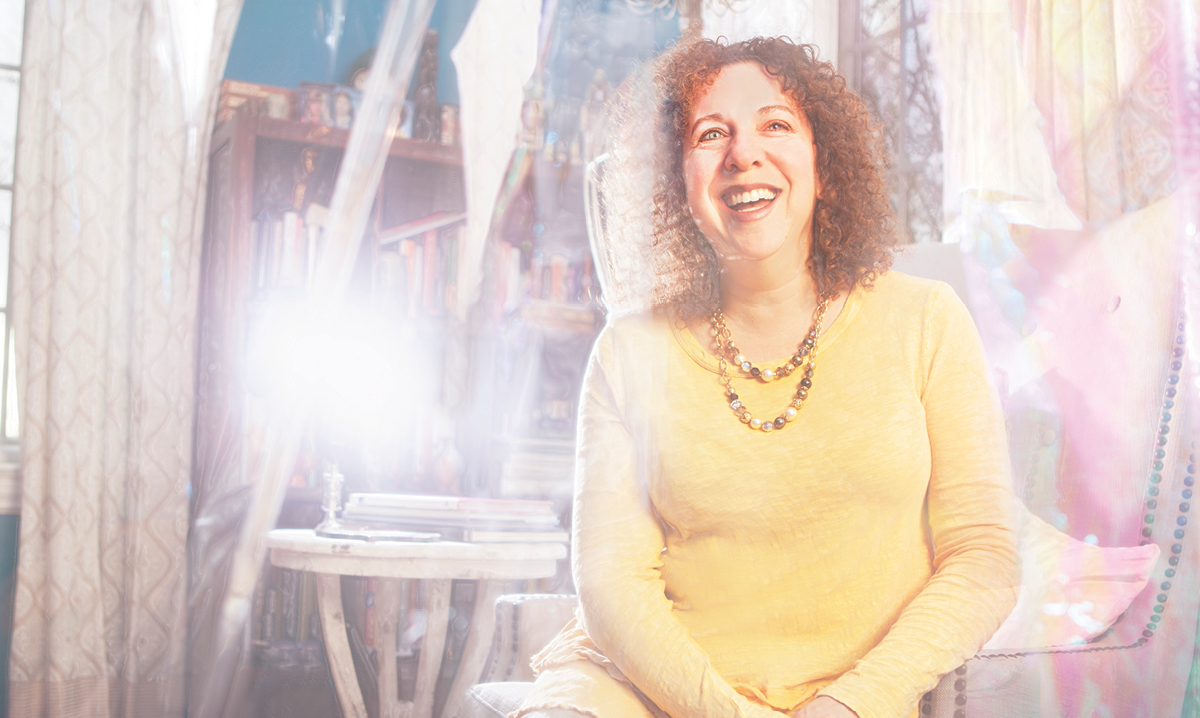 Editor’s note: Julia Elliott, editor-in-chief of Metro Parent, talked to three metro Detroit moms she admires to kick off the New Year. Read about Lynne Golodner here – and then read about Stacey Longo and Danielle North, too.

“I will not be ignored, Dan.” That line in the ’80s movie Fatal Attraction reminds me of Lynne Golodner. Don’t get me wrong, she’s got nothing in common with the crazy character who says it. But the sentiment personifies her to me (plus, “Dan” is the name of her husband, so it’s particularly fitting).

She truly will not be ignored. If she wants something, you will know it.

I first met her when I started working at Metro Parent almost 13 years ago. She was in the midst of a divorce, freelance writing and charting a new path. We editors are busy people and don’t always respond to every pitch we get.

But Golodner was tenacious. You had to give her an answer one way or another.

And, often, since she’s so sharp and talented, you’re inclined to say “yes.”

A self-described Type A personality, Golodner has always been dogged.

Through hard work and relationship-building, she ended up in New York working for a trade magazine after graduating from University of Michigan, pivoted to a position at a Jewish newspaper in D.C., then headed back home to work for the Jewish News. After a few years, she tapped into her entrepreneurial spirit and decided to freelance full-time.

“I tripled my income that first year,” she says.

“I was highly insecure for the first three decades of my life. When I was a kid, I was told I was bossy and had a big mouth. I always felt nobody was going to like me. One of my curses is wanting to be liked. And in business, not everyone is going to like you.”

One secret to her success then and now is tapping into mentors.

“Every time someone introduced me to someone, I’d ask ‘Can I ask your advice? Can I call you?’ and I always sent handwritten thank you notes,” she says.

Her dad had the answer: Make new goals – and she did.

After her divorce, with three young kids to help support, she knew she needed more income than her freelance writing provided.

She kicked around a few ideas but ended up setting her sights on starting a PR firm – Your People LLC – that reflected her passion to “make meaning out of the mundane.”

That mantra has guided Golodner’s approach to parenting, too. She’s taken each of her four kids on a trip – just the two of them – for some quality one-on-one time, but it’s the little kayaking excursions, spontaneous afternoon hikes or nights making dinner as a family that make the most overall impact.

“They make their own lunches now and my husband drives my youngest to school, but I still like to get up and sip my coffee and talk to my kids in the morning to start their days with a little conversation and connection.”

And while she may be a driven person, she’s no Tiger Mom when it comes to her kids.

“I have always believed my children are whole, complete individuals separate from me and they have their own path and purpose that may not mirror mine,” she says.

Career, kids, leader – how does she seem to balance it all so well?

Having a supportive husband and ex-husband goes a long way, and she credits them both for stepping up in ways that men don’t always do when it comes to household chores and parenting responsibilities.

“I make a conscious effort to thank them for what they do – and they do a lot. … Everyone needs help to build their dream life.”

Owner of Your People, LLC, a boutique public relations and marketing communications firm

“Do what you love and you never work a day in your life. It’s a cliché, but it’s true. I have been working for myself for 20 years and I love what I do.”

Wary of indoor dining but tired of eating at home? Consider a meal at one of these local spots that offer outdoor dining in the winter.
Read more
Travel